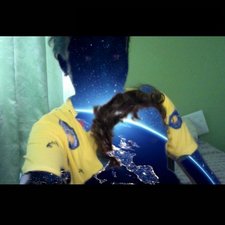 iPhone does not turn on after water damage

Hello, I have been following posts about how to fix water damaged iPhones on this website.

My phone got wet under a running water. When I took it out, it was still on but after 3 mins it turned off and would not turn on.

I put it in rice and after almost a week it turned on. But my phone screen was glitching. I managed to still use it lightly for testing purposes but then after some time it turned off again and i couldnt turn it on.

I put it back in rice after and took it out after a few days and it was working again, but the glitching did not stop. For the first few hours of usage my phone would work normally, then it glitches.

I tried to clean the motherboard with 99 IPA alcohol, but it kind of did not solve the problem. Though I was able to use it longer, my phone would still glitch as the battery runs out. To avoid this, I would stop using it when the glitching started and charged my phone.

However a few days ago when it started glitching i was nowhere near a charger so it glitched and eventually completely turned off and i cant turn it on again until now. I tried soaking it in alcohol but still would not turn on. When plug to a charger, it makes a sound. And i hear keyboard clicks.

What do you think should I do to repair this on my own given the situation of my phone? Going to a repairshop is not part of the option.

@gcc2210 p;acing a water immersed device in Rice does not do anything. It will not stop corrosion nor will it repair and parts shorted by the water. It is a waste of time and does only give you a false sense of security. Check on here for a really good explanation

The very first step I would take is to disassemble your phone. Use these guides iPhone XS Max Repair to help you disassemble your phone. Take a careful and close look at all components and connectors. Truly assess the damage. Look for major corrosion, evaluate the pins in the connectors etc,. Take a look at all connectors as well as cable ends. You will have to remove all the EMI shields. If you do not remove the shields, you are not cleaning the board. Once you got the gross contamination cleaned, use 90%+ isopropyl alcohol and clean your parts some more. For a proper cleaning, use this guide. It was written for an Apple iPhone 3G but it is still pertinent to your phone as well. I can not stress the importance of a good cleaning enough, so do it over and over while replacing the alcohol after each cleaning. Do not use compressed air for the cleaning since that can drive liquid as well as corrosion particles into areas that will cause trouble later on. You do not need to leave it to dry for a day. Isopropyl alcohol in the higher concentration will evaporate quickly and dissipate the water. The importance here is the cleaning. It would of course be best to get it professionally cleaned Do not forget to replace the battery. This is a must and not an option. It will fail if you do not take care of it now. After that, reassemble your phone and re-evaluate. For as long as you have not cleaned your board and replaced the battery, everything is just a guess. Keep in mind that water damage is the hardest to troubleshoot and to repair. It does not matter if is was exposed for 2 seconds or 2 hours, what matters is where the water (particulates) did the damage. Let us know what you find.

Mostly you must change the screen

i hope that helps you out