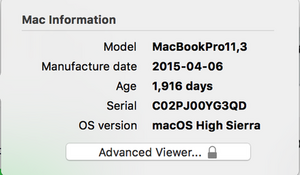 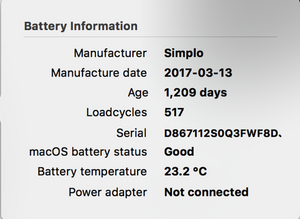 Attached above, mac info, battery info. Also Macbook now shuts down and gives me the low battery screen even when not connected to the monitor.

Forgot to mention this happens only when booting up from being shut down, and about 20 seconds after logging in. 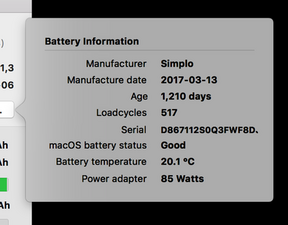 With the charger connected.

Lets get a better idea on whats happening with your battery and the charging logic. Install this gem of an App! CoconutBattery take a snapshot of the apps main window and post it here for us to see Agregar imágenes a una pregunta existente

@zpyrakis - Well the battery looks OK, can’t tell much more as you didn’t have the charger connected. Did you have the display plugged in?