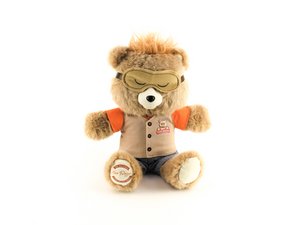 Electronic doll produced by Wicked Cool Toys in 2017. The bear is able to move its LED eyes and mouth to ‘read’ stories to children.

Whatever tape I put in teddy he will not stop moving his eyes and mouth until the tape has stopped rotating.

If its an original 1984 teddy ruxpin, you have to use his exact WOW tapes, they will say Teddy Ruxpin on them, if your using any other tapes it could trigger the servos to move rapidly. If you are using Teddys WOW tapes, it could either be that the tape is messed up/stretched, or that the servos are out of sync, due to wrong signals from the cassette deck, (like having dents in the pinch roller). You could try and hold teddys jaw shut, and only remove your hand when its teddys turn to talk, maybe after 2 runs of doing this, he’ll go back to normal. The teddy ruxpins tapes: 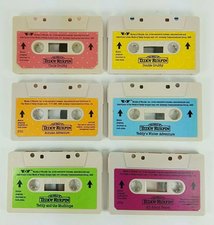