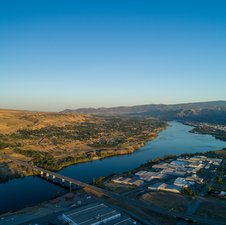 Shuts off after battery replacement

I recently changed my mother in laws battery on her 2015 MacBook Pro. I followed the directions as instructed and all was going well.

After this she used the laptop for a short while and the screen went black. I diagnosed and searched online for hours and so far I’ve done the following:

did a traditional reboot

unplugged the battery 3 times and tried that and still didn’t work.

also tried and re followed the entire build process again, went and made sure that the mag connector was good inside, all the cables connected, etc… all was good. I put everything back together again and I’m currently in the stage of trying out the battery calibration again but I wanted to know if there is any other solution?

would it be a faulty battery somehow that I got sent? Even though it was working for a little bit.

also the battery icon will not display and it says under the system info that there is apparently no battery connected and it won’t charge. (This was before I took it apart again and put it back together).