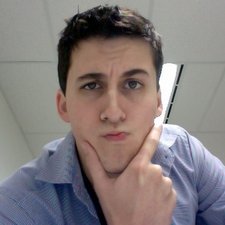 I have got an iPhone that i have just repaired (very badly damaged digitiser/LCD) and during testing i have realised the camera function has stopped working. When i open up the camera app, the rear camera loads and works, however when i switch to the front camera, the "retina" stays closed and the "camera-video" switch on the bottom right starts to flicker.

After that happens i am totally unable to use the camera function unless I disconnect the battery completely and reset the iPhone. This isn't the first iPhone this has happened to. It is not a firmware issue as i have restored it several times, and i am also aware that due to the iPhone being damaged this could also be the cause. Just want to know if there is a fix for this issue?

Any help is greatly appreciated!

Update - I have reset the iPhone for the second time and now the camera does not work full stop. fun times.

Update 2 - I have restored with custom firmware, opened up camera app, rear camera works however once i switched to the front camera it decided to **** itself again.

Update 3 - Just realised that it is still under warranty so I will get the person to take the phone to apple to get it replaced for free.

Update 4 - Just got back from the Apple store, had to wait 20 mins and a brand new iPhone was sitting in my pocket :)

For any issues with anything regarding a firmware issue the first things to do is to restore (custom and iTunes firmware). After you have done that and the issue has not been resolved you should move to part replacement (if it is regarding the camera app not functioning properly or a similar issue). If you have replaced the part up to three times and it is still not working (yes it is necessary to replace up to three times, sometimes you will replace a faulty part with another faulty part, the glories of technology) then you will have to assume the logic board has been damaged in some way.

Take back to apple and let them deal with it :) Because the genius's at the genius bar's are so short on time they physically do not have the time to open up the iPhone and check to see if it has been tampered with. All they will do is check the liquid indicator and if it has not been set off and the fault still purists with them then you will get a replacement no questions asked.

This will solve your problem! Everyone behold the long awaited mystery now revealed!

After countless hours of research, diagnosing and frustration i have finally found the reason as to why this happens. All credit goes to jamesjerss from gsmindia for this solution.

Below are two images of a very small capacitor responsible for the correct functionality of the iPhone. 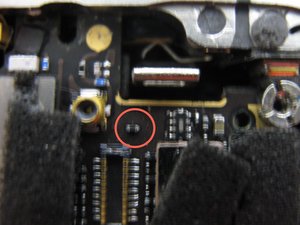 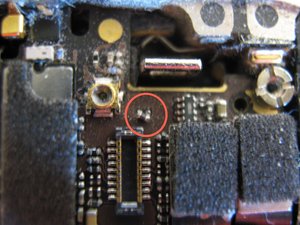 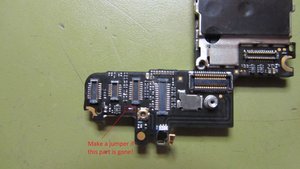 Now the reason that you will get a faulty camera every once in a while is because this capacitor has become eroded over time, making it more susceptible to damage when you are removing the connection above it (evident in picture above for non working capacitor). As you can see there is a lot of dust/debree inside the phone. Your only solution is to re-solder that capacitor or get the entire iPhone replaced. Hope this helps guys!

Great info! In case the solder pads are gone you can also create a new jumper using thin gauge wire on these two alternate contact points shown in this picture: 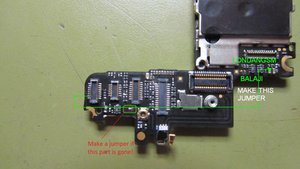 @stellarolla can you give me more detail about the green jumper.

I found the problem thank you very much :) but how to fix it now..wat u mean by make a jumper@_@ help me plz do i need to replace new motherboard>??

@Bobo - When you're creating a jumper, all that means is connecting two contact points. In this case you'll need a very thin gauge wire, solder, and a set of steady hands.

@stellarolla so all I have to do is get some speaker wire put a dab of solder on both of the green contact points and this is how the jumper is created?

I had the same problem. and a new front camera solved it

Nope, tried that as well, front and rear camera :(

Its never been something that appears to be resolvable at home. Its much better under if you're under warranty to get Apple to swap the phone

I've had the same issue many times with iPhones and iPod Touch 4g's. A new OEM replacement part always did the trick.

When you replace the screen assembly, ensure the clear, plastic camera ring is taken off the old assembly and put back in the frame.

i had a broken corner in one of the resistors shown in stellarola picture.

how to identify the resistor? check the picture, is writeen LONDANGSM written in green. (thanks stellarola and londangsm people!)

The resistor i had with a corner pad broken,

is just the black little scuare with 4 pads each side, 10 in total.

under the A letter from word LONDANGSM written in green.

i friend using a microscope made a jumper.

i had upper left corner pad broken from that resistor.

he did a jumper from the right upper pad to my broken one.

all the thaks are for you people.

you are just great.

If you can solve the pb by shorting on the two connections, i think it's not a capacitor but a coil or a jumper ! ??

Firstly, the resoldering was no good.

So, i have replaced the coil by a thin, short wire, cut after soldering for more conveniance.

Thanks for your help.

@piga35, are you talking about the same component as the original question? Are you asking if it works?

Yes, I talk about the very small component, close to the connector, shawn up this topic.

In the earlier comment, I explain that is a coil (z#0.2 ohm), probably to filter the front camera power supply ?

Firstly, I tried to re-solder this component, broken when changing the tactile-display screen block, but the front camera did'nt work properly.

So, yesterday, I have replaced this coil by a small, thin coper stapp, finaly, easier for soldering than the component !

Where would this be on an iPhone 4s GSM version?