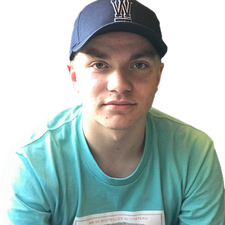 could grade a replacement screens cause black screen after ios 13?

Two of my customers this week were complaints that their iPhone X screen went black after they had their displays replaced. I installed grade A+++ screens on both of them, because they were cracked. Within a week later, both of them came in to complain that their screen blacked out but that the phone still worked. touch worked, since i could activate flashlight from lock screen by guessing the position of the button. the phone would also vibrate when the mute switch was used.

could this just be an error to the backlight ic and a rare coincidence? could it be that my grade a+++ displays are faulty? i thought it might have something to do with ios 13 blocking aftermarket parts, but none of the two phones were updated past 12.1.2 when i hooked them up to itunes.

i tried forced restart multiple times, even after the phones had been charged for hours, i hooked them up to itunes, no errors, performed recovery mode updates to latest ios version, still didn’t work.

Grade A+++ sounds like a chinese/chinese like grading on big marketplaces. It could be anything like a bad batch. First thing I'd ask the supplier, they sell thousands pieces and should be having the bigger picture on what's going on with their screens.

we definitely have a great relationship with out supplier, so i am highly doubting the quality of his products