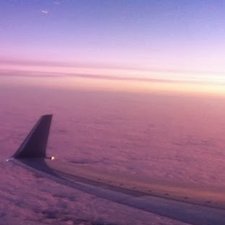 MacBook is killing the MagSafe chargers?

I’ve seen this has been asked before but people say it’s a problem with the house electric but it’s not. I live in a brand new house & i’ve been using my MacBook plugged into the same outlet for 3 years.

there have been times when I’ve bumped the MagSafe magnet or the computer and the whole thing just instantly turned off. It always would start right up again. Yesterday, I very lightly bumped the computer and now the MagSafe charger won’t provide any power to the MacBook. The brick sounds like it always does when I put it to my ear, but now doesn’t charge.

So I had a spare and used it today. Charges the computer just fine until I bumped it again and the same thing; brick is dead. They are both apple chargers I’ve purchased at the apple store.

Any ideas what to fix? I noticed some type of plastic that seems to be peeling out of where the chord plugs into on the MacBook.

I’d replace the mag-safe board (cheap) and your first suspect.

Thank you for suggesting that. I saw it on the logic board replacement tutorial above. I’m wondering if I can use one from my sisters dead MacBook Pro 13 inch. Hers is an A1278 also. Same processor actually even though hers is a 2012 MacBook Pro.

It should be compatible. Check to part numbers on the board, they should be the same.

Well i think the only difference was the screw holes. so I put it in and seems to work fine.

You might have something loose or damaged that gets shorted inside with just a little bumping. Killing genuine magsafe chargers is quite a task, not easy to achieve. I’ve got a couple of chargers I use for testing that have been plugged to all sorts of damaged boards and they’re still alive and working, the most I’ve seen is them going into protection mode and restarting after 5 minutes unplugged. You should try open up your Mac for an inspection and see if you can find anything out of place to start with. Procedure would be the same as a board replacement, you can use this guide to help you with disassembly: