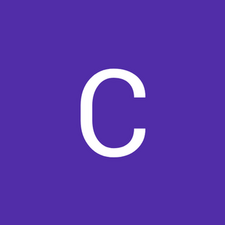 Where to Find the Power / Volume Button Board Connection

Received an iPad 6 (a1954) in for a cracked digitizer the other day. Looks like the device had been repaired before and the previous tech was a little overzealous with the adhesive upon reassembly. Got the digitizer off with no issues, but there was adhesive that had spread under the edge of the LCD as well. When lifting out the LCD it pulled the power / volume connector right off the board! It was a clean break and easy to re-solder, but my tech used a little too much heat and the plastic warped making it impossible for the flex to be reinserted. Can anyone point me in the right direction for a replacement part? I’m having a hard time finding one. Is the one from the iPad 5 compatible? It looks the same but nobody has the iPad 6 listed in the description?! Thanks for the help!

So it looks like these connectors are pretty standard for most iPads. I’ve found dozens that look identical in our iPad graveyard. In addition to the power / volume flex, it looks like the home button and front camera use the same type of connector. We’re currently working on transferring one of those over. I’ll post a follow up to let you know if it works.

do let us know thanks

Did you ever finish this swap? I'm currently looking at a broken volume/power connector on the main logic board of an iPad 9.7" 6th Gen (A1893) and have found zero boardviews/schematics for any of it.

You can get the connections from ipadrehab.com or Northridgefix.com. you can also check ifixit.com but I know the first two have them available