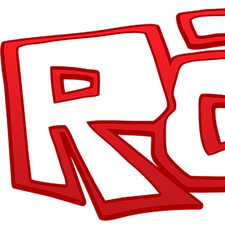 I just bought a broken LCD iPhone 7 from ebay, and the whole panel is messed up. What are the downsides of the cheap ebay screens? I understand color accuracy isnt great, but what else is there?

Buying screens is/has always been tricky. NO ONE sells OEM Apple screens, in fact there is really not such a thing as an OEM Apple screen - because Apple doesn't make screens. Best advice is to find a distributor that you can trust and will take returns if you have an issue. If you buy in bulk find a goof distributor like the ones mentioned. If you buying one-off eBay has a lot of reputable sellers that will take good care of you.

You should be clear that- despite the name- “cheaper” screens aren’t direct copies of the Apple originals. Rather, they’re compatible replacements that have been designed from scratch and- as a result- vary in some respects that have an effect on usability and quality.

Originals are those screens containing LCDs that were manufactured for Apple. Cheaper or so-called “copy” screens are compatible replacements, but designed and manufactured entirely independently by third-party companies, typically in China.

One of the most important differences between an original and a “copy” screen is how the digitizer (touch sensor) is designed. Apple has it manufactured as part of the LCD itself, whereas the copies have it on the glass.

Other differences including but not limted to:

I personally recommend originals because they’re far higher quality and the price difference is fairly small.

Definitely avoid the Amazon and eBay ones because there is too big of a difference in quality from a good aftermarket and a cheap knockoff one.

The cheap knockoff ones have high defect rates for touch functionality, the glass separates with paint chipping from the frame from just a few drops

@benjamen50 I agree 100% with you, some aftermarkets are nowadays great quality, nice colours, good brightness and the build is fine. Sure one can't find those on eBay/Amazon for 15-20$ though. However I've been able to find on eBay Tianma screens that are good quality, price isn't cheap. I'm of the opinion Amazon and eBay screen problem is the lack of seriousness of many sellers who sell garbage for some time and after 6 months disappear and/or change name.

@arbaman do you have a link or seller name to any of the screens you reccomend?

@benjamen50 Is there any way I can get an ifixit screen for cheaper? I dont even know if the phone is fully functional so sinking $75 into an ifixit screen and having the $110 phone not work properly is a bad thing. Can I get it without the camera module, the one the phone is coming with seems to have a working one.

It is possible but only if you apply for iFixit pro which is a business account that is free.

The discount is pretty huge e.g the A grade screens I can buy from $20 USD instead of $65 from iFixit with an ifixit pro account.

Here's link to screen only: