What is this charging-related component?

I got a Switch in that isn't charging. It was assumed it was a charging port issue, but upon closer examination, I saw this: 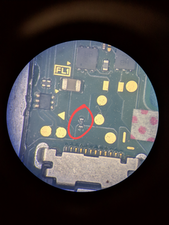 It clearly has an “S”-shaped hole in the top — it's fried. That component connects the upper copper plane to the fourth pin on either side of the charging port (of the row that's exposed in the back) (VBUS?).

The upper copper plane leads to the charging IC, second pin on the bottom right: 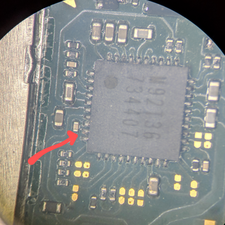 So, likely the charging chip must be replaced, however even after replacing it, I'm still left with that component with a hole burned in it. Can anybody identify the component? I'm guessing it's a fuse or ferrite bead, but it might even be a resistor. In any case other than a resistor, I could just jump the pads with a wire and probably be fine. But, if it is a resistor, knowing the value would be very helpful.

The component in question is a 0.02 Ohm resistor. The board I used to confirm this has a slightly different configuration but the pathways go to the same places. 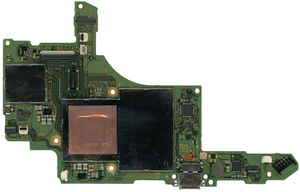