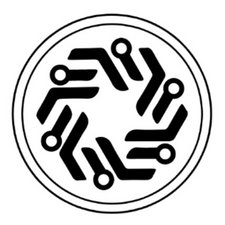 How do I manually update a old Mac?

I have received an old Mac Pro G5 running Mac OS X Leopard, and have tried updating it to its newest possible form. When I downloaded Mac OS X High Sierra and even Snow Leopard, it says “Can not update” when I try to open the update file (Through USB).

By the way, I was connected to the internet by ethernet.

Your Power Mac G5 uses a PowerPC 970MP (G5) CPU which is based on the RISC architecture. The Intel CPUs (Core2Duo, i3. i5 & i7) are CISC based architecture. The OS’s are very different! Your system can only support the older Mac OS-X. The early OS-X OS’s where in fact dual binary! So the RISC code would be loaded on your system and if you had an Intel system the CISC code would load in! It was very novel in its day.

Here’s an interesting nugget! The A chips used in the iPhone & iPad’s are RISC based! And iOS is a branch off of the RISC OS-X code stream.

So what to do here?

If your system is working tinker around with it. Just don’t get online with it as your system is not secure from all of the malware, trojans and viruses that are now floating out there in the wild.

If the system is not working or you want to get more out of it, then maybe you might strip the case down and install an Intel based logic board - Hackintosh within a Power Mac! Retro Power Mac G5 Hackintosh & Power Mac G5 Conversion

The highest system your machine will take is 10.5.8. Retail Installation DVDs can be found on eBay. Do a search for “Mac Leopard OS X 10.5” https://www.ebay.com/itm/Apple-Mac-OS-X-...

Be sure to get the Full Version, not the update.

It’s because it does not support newer versions. You can check Apple’s website for list of OS’s supported devices.

You need to keep up to date your mac. Update it manually or automatically. In automatic process you need an software or tool. In manual way choose Apple menu > System Preferences, then click Software Update.

You can clixk on Apple menu button where the number of updates are available.

Tip: You can also click the Apple menu—the number of available updates.