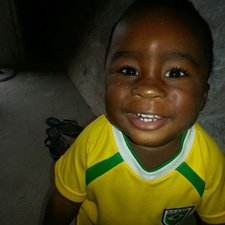 So I buy a used Ps4 pro , the seller said that the console was going off when he tries playing certain games online . I on the console and inserted Fifa 18 , it was loading then went off .. I retried with other CDs some it went off(loud noise ) achowing signs of overheating , some it didn’t , so I opened the console , I realised console had been opened , I saw a tape around the connector cord between the mother board and the power supply .. it was a bit rough so I took it off .. I got to where the main board and realised there was no thermal paste , which i did replace .. i then reassembled everything Ps4 pro was working perfect , kept it on for about 5 hours and over it was good. the following day I tried turning it on ,, it wasnt responding .. I changed positions , turning turning the console around , then it worked .. it turns on almost every single day but need to change positions or tap it before .. it never goes off when it on until i turn it off ..

my question is : where do u think the problem is , the cord ? Or something else .

sorry for the long message .. please try and assist me if you can or have any ideas..

thanks so much in advance

Without seeing this there's no way for me to know for sure but I'd be really suspicious of that power supply connector. If you get a really good, clear pic of it and post it here I'll take a look at it but that's what I would check first.

Also, make sure the cord is plugged in tight and make sure that it's plugged directly into the wall and not into a power strip.