Why is the battery not charging fully?

So after I replaced the battery it worked for one week without problems. Than it wouldn’t charge anymore!

And this is when it gets weird!

Connected MacSafe power cable to my system, than when it started booting up I inserted the battery connector to the logic board and the battery would charge! see pictures 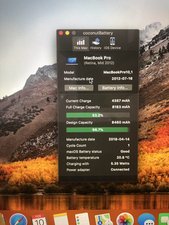 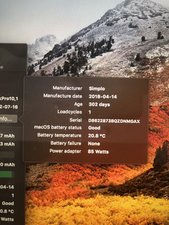 It’s been charging (slowly accelerating from 4 watts charging power all the way up to 40 watts until: 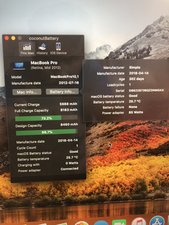 15 mins later: “charging with” goes very fast all the way up to 4 watts and than drops to: 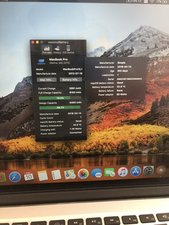 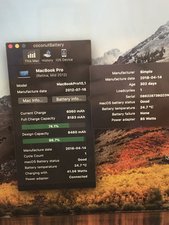 It was again charging with 40 watts, now it decreased slowly to 3.72watts

This is so weird!

Anyone got suggestions or analysis what could be broken?

Keyboard backlight won’t turn on. When pressing the key it shows something like a circle and a line in the middle of it.

I would start off checking the MagSafe charger. Make sure the cable is not showing any damage (bunching or tears). Using a real charger not a knock-off and the MagSafe connectors (cable & body) are in good shape.

The middle pin is the signal pin between your system and the charger if the connection is not stable you can get this reaction.

@dan i dont think this is a issue related to the magSafe cable/circuit, since when i disconnect the magSafe the macbook turns itself off after 5-10seconds

Often times I find the charger kills the systems charging logic which is likely the case here.

So if you get your system fixed no sooner you plug the old charger Bang! You kill the logic board again!

Just like building a house the most important part is the basement! Until you're sure its sound building on it wont be very smart.