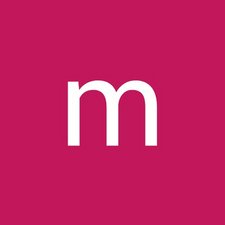 Black screen issue after exchange of display, sometimes on, off

would appreciate your feedback.

on an early 2008 intel 2.5 GHz pen ryn MacBook Pro running El Capitan (and runs super fast with 4gb and an sdd, also for win7 over VMware, better than a much more recent win desktop in my office ) earlier this year had a faulty screen (which I wonder it might have happen due to fan not working for some time when the upgrade got fan control app disabled until I realized it and updated it) with flickering and horizontal colored lines. Replaced it because I love this computer but new screen appears mostly black, with some (gray) light but not too strong when using F2/F1. Computer works fine with external monitor. After many resets PRAM, display, etc, at some point saw the screen working ok for a second. Following that, I did more resets plus safe boot and running diagnostic mode while using external display etc and at some point the standard bright screen appeared.

Screen worked perfect for some hours without external display, including stable after doing restart, reboots. I though it was a software thing then solved. In the next few days the screen came off then back at some point, including once coming back after some gentle tapping on the back of the display. Then at some point went off.

The removed and tested old screen to see if cables and things were ok, and it runned always bright (but with faulty lines), so altogether I conclude/considered inverter, inverter cables and display were ok (as new screen renders images perfect). After checking foros etc though my problem was an intermitent screen wxga lamp and asked for an exchange of the new screen, but with the exchange the problem seems to remain the same.

one piece of info is the original screen was mate and I opted for glossy for the new one. I read both were fine to use, and indeed for the time that worked all looked ok.

another thing I notice is if I tap slightly on the display frame edges or back, I can see brighter areas for an instant (or if I gently press with my finger on the lcd).

Do you have any suggestion for trouble shooting? Will be very appreciated,