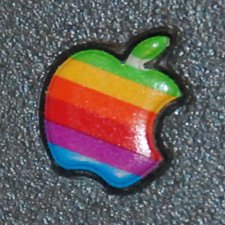 The battery for my old G4 iBook wouldn't hold a charge, so I replaced it. But I've been puzzled about the weird readings I was getting on the bad battery. Using either MiniBatteryLogger or Battery Health Monitor, I could see the capacity of the battery would range from 57800 to 60360 mAh. Clearly that makes no sense -- it's an original Apple battery that should clock in at 4400, I think.

I don't have any hopes of reviving this battery. But I'm just curious if anyone might know why it would give such a crazy reading.

I don't know what causes this, but I've seen many batteries do it, and some of them even worked fine despite the crazy readings. It's definitely not a hardware problem with the computer, because it's battery specific and the next battery you put in may not have that issue, as you have seen.

Could be a bad DC-in, or just an aging logic board.

Strangely enough, I have a vague recollection of someone posting something similar here some time.

Thanks for the reply! But I don't think it's either of those things, since the replacement battery works fine and shows normal readings. I'm pretty certain it's something with the first battery itself, not the computer.

well if it's OEM then that would be very strange.