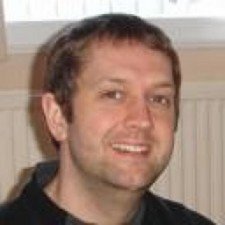 I’ve a problem with my son’s MacBook Air 11” in that the SSD won’t mount, i.e. on boot I’m getting the flashing folder icon.

Any ideas as to what the issue is?

The above makes be suspect that there is a hard disk controller or logic board issue, but I’m open to suggestions.

Does the system boot up from an external drive? If it does then your issue is something related to the SSD connector and its logic. As you have a second system you could try connecting the two together and leverage Target Disk Mode to see if you can even access the drive from the second Mac Understanding the Applications for Target Disk Mode, most likely that won’t work either.

You may need to replace the connector or replace the logic board if that is easier for you.

It boot up fine from an external drive. I can access the drive by physically removing it from the MacBook Air and swapping it with the SSD module in another MacBook Air so the drive itself is fine.

As you suggest it seems likely to me it's a drive connector or logic board issue, though I wouldn't expect to be able to run Internet Recovery or boot from and external drive if the logic board was broken.

Did you try Target Disk Mode, to see if that made a difference? I wanted to try one other way to make sure what was failing here.

Yeah, I can't see the drive from the other Mac.

OK, now lets do the reverse! Using your working system as the boot drive, here we will setup the good system in Target Disk Mode and have it running first. Then, Boot up your broken system and holding the Option Key to get to the boot drive manager you should see your other Mac's drive. Your system should boot up at this point once you select it. If that works then it's the drive connector as you've proved the PCH is working.

Yeah, looks like it is the connector. I can boot from the other Mac's drive in target disk mode. Thanks.

Sounds like the SSD is broken. if it doesn’t recognize it all in any machine, replacing the SSD is the solution.

Since these flash modules are pretty expensive, i’d recommend buying a second hand one. make sure you buy the correct one, since there are a lot of different models and they do not all fit.

I mentioned in the question that the SSD module works fine in another laptop.

Sorry, didn't see that. seems that the connector on the logic board is having issues.

have you tried reformatting the disk in the other laptop and putting it back?

No, but I tried the known working drive module for the other laptop and that didn't work either.