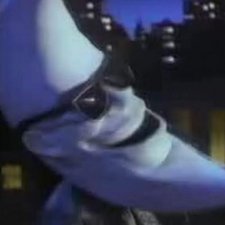 I’m new so bare with me.

I recently bought this Toshiba satellite 4005cds for 7 bucks and I plan to play old windows 98 games on it. The original owner had taken out his harddrive, (for obvious reasons.) I got the power supply that was sold specifically for it just today in the mail. apon plugging it in it will only go as far as displaying the Toshiba logo on the screen. I know it wouldn’t go farther because of the lack of the harddrive to boot to anything, I just wanted to check out the bios. when I tried the tricks Toshiba has on their website, nothing works. after a few seconds of pressing almost any button, it starts beeping every time any key is pressed.

So here’s my main question:

is there a way to access the bios without a hardrive, and if so, how?

hey, little update on the computer. Sorry I didn't specify, but yes, I did try the escape key method, with no success. It would always beep every time any key was pressed after around 4-5 seconds of holding or pressing any key. The only keys that don't beep are 4 keys in the top right.

Additional update: I think the ram is missing. There's a connector on the top of the motherboard that is accessible by simply taking off the keyboard. I have been confused as to what it might be for until now. I'll do more research, but i think it might not be working because of a lack of ram.

i'm pretty sure in the end it was the lack of ram so i'll just choose jayeff's post as the answer. Sorry for wasting everyone's time.

Not a waste of time.

Your perseverance paid off and now there is more info out there as to what possibilities to look for.

The computer is completely working again. After I quickly assumed it was a lack of ram that prevented the computer from working, I later realized the computer had internal ram, and the connector under the keyboard is merely a expansion slot for ram. I figured this out by trying a random idea I thought up of: Take out the cmos batteries. (which were corroded slightly on the connectors.) so i took out the batteries for a few hours, and upon re-plugging them in and turning the computer back on, It finally allowed me to access the bios normally. (It was then when I found out I didn't need to buy ram.) I later made a totally legal copy of windows 98 and installed it using the SD to IDE i've mentioned before. It works fine and I've been able to play doom on it.

So I guess if anyone else can't seem to get to the bios, try unplugging the cmos batteries first and dont buy ram like i almost did.

Try the following method, (known as the Esc key method) and see if that gets you into the setup area: (apologies if you already tried this but you didn’t specify what you did when you stated “…..I tried the tricks Toshiba has on their website ….”

Turn the computer on.

If you do not see a prompt to press the F2 key, then immediately press and hold the Esc key for three (3) seconds, and then release it.

When prompted to, press the F1 key. The Setup screen will appear.

Hey, sorry I didn't specify. Yes, I tried that method, with no luck. all it does is start beeping after holding the button for 4-5 seconds. It also starts beeping if any key is pressed a number of times. What I mean is that each time a key is pressed a short beep can be heard.

Not a solution but what happens if you press and hold the power button for 10-15 seconds and then when you turn on the laptop repeatably press F12 (or Fn + F12), do you get a boot menu option at all?

I tried it and as soon as the screen comes on, It says: "Ready for BIOS update. place the BIOS update Diskette in the drive, and press any key when ready to proceed," it was also doing long beep sounds for a minute or so and then stopped. I saw that there were bios updates on Toshiba's website. I have some floppy disks laying around and a USB external floppy drive, do you think I should try to update the bios?

I think yes. If you hear the sound after holding ESC or F1, then the keys itself are working, so if you are not able to enter bios with a valid key combination, the only thing I suspect is invalid (partialy broken or sth.) bios program. Luckyly the key-combination to update bios is working, so try to upload a new one. Good luck.

thanks alot. I'll make a update after I try it.

The BIOS is stored on a chip on the motherboard, so you don’t need a harddrive. I don’t know why you cannot acces the BIOS by pressing the keys but maybe someone else here knows?

thanks for letting me know! I just hope it's not something wrong with the motherboard.