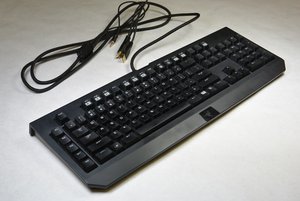 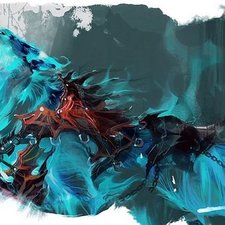 Why is my keyboard not responding?

After not using my computer for a few days, I come back to it simply not responding to my typing. After some testing and troubleshooting, I’m relatively certain that the issue is with my Razer keyboard. Using a virtual keyboard, I’ve found that when I push any button on the keyboard, the AltGr, Shift and Windows button all become pressed in and later release through an unknown combination of keystrokes. In addition, when it does not think that said buttons are pushed in, it only seems to react to the Shift, Ctrl and Alt buttons. All drivers are up to date and the issue seems to be software based as far as I can tell.