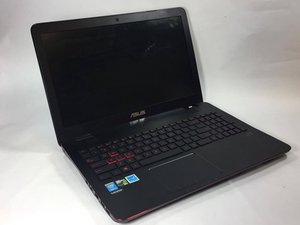 Please my laptop is taking too long to turn on

My older hard disc (1tr that comes with pc) was damaged. I replaced it with 300 g HDD. After few days. It turned too slow something takes 2-3hours to turns on.

what should i do please. Is the problem on the processor or on the hard disc? Hiw can i know if it’s on the processing or else where?

Based on all that you have done so far, I would say that there are two possible causes for this problem:

Since your hard drive was damaged, perhaps something else is also damaged.  Memory is the most likely thing, based on the behavior you have described.

Here’s a test that would be very easy to run:  Go to one of the Linux websites (e.g. http://www.linuxmint.com/), download one of the install files (if you aren’t sure which one, get the 32-bit xfce one), and create a Linux install DVD.  Then boot your computer to the Linux DVD you just created.  This will put you into Linux Live (nothing will be installed on your computer at that point).  Now use the computer for a while.  If everything works well in Linux, then there has to be some kind of Windows issue.  On the other hand, if you see the same problems in Linux that you see in Windows, then there is a hardware issue with the computer.

If the computer works fine in Linux, then perhaps an answer for you is to install Linux and go with it rather than Windows.

Thank you so much dear @mrjimphelps I will follow these steps carefully.

Thank you so much for your help and time

Please let us know how it works out for you.