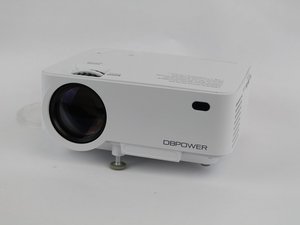 A mini home-theater projector released in 2016 by DBPower Electronics. 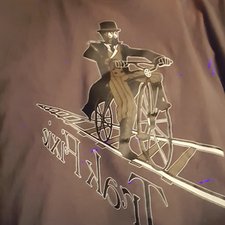 What lamp do I buy for a replacement

has anyone found a replacement LED for the projector with higher lumens? im trying to do the same but havent been able to match the specs.

There’s not much information online about parts for this projector.

According to the manual from this link the LED lamp should last for 30,000 hours.

How long have you had the projector?

There is a 12 month manufacturer’s warranty on the projector. If your projector is not that old (or just a bit over) I suggest that you contact them regarding problems with the lamp.

It's not an easy job to replace the failed COB LED. It can be done, but it's not for the faint of heart. I've given you an outline on it in my answer.

DBPower does not stand by their 1 year warranty. My lamp went bad well before 1 year and now I get no response from them.

If the unit is under warranty but shipping isn't covered, it may cost about as much to send it back and it will probably be cheaper to scrap it and buy another one, or even a older conference room DLP projector with the input you need and ideally DVI/HDMI so you can use it for protected content. Check if the warranty covers warranty shipping; if not, check cost and run if it’s too close in cost compared to another one - they’re cheap for a reason!

If you want to replace the LED, you will need a COB (Chip On Board) LED that's the same size to replace it, along with thermal paste. In order to replace it, you will need to disconnect the connector used to power it and a DC compatible replacement that’s electrically compatible. At the minimum, you will need a DC powered COB LED that's 5000k (Daylight) for a proper white picture. I suspect it's a 12-24V COB. In terms of lumens if you can find a 2,000-2,500 lumen one, I would go with that instead of another 1,500 lumen part; 3,000 lumens may be too much for the heatsink to handle.

After you remove the COB LED assembly, you will need to remove the reflector that spreads the light to the LCD in the projector; do not get this dirty or the dust will show on the image. This isn't covered in the guide, so you will need to use common sense to see how to remove it. Once you do that, you can replace the LED module but you need to mind the polarity or you will fry it.

If I have a brown smudge about 1/6th the size of the screen showing when projector is on what is most likely the cause? I thought it might be the lamp but now I’m wondering if it’s the LED? Any idea? Also any idea the cost for replacing these parts? The lens appears to be just fine. I was given the projector as my friend got a free replacement. I’d like to fix it if I can do it for cheap enough. Thanks. Max