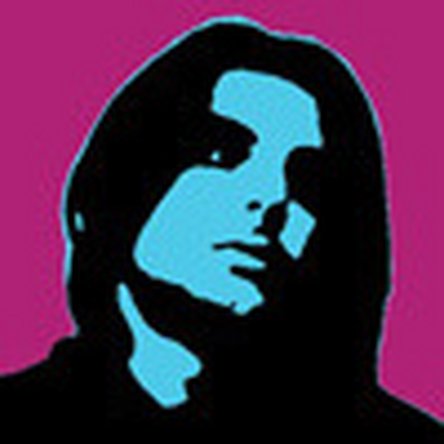 At first I disassembled the Iphone (following the iFix's step-by-step guide), getting off the LCD screen and the glass. Then I did the same with the logic board. Finally I noted that the flex circuit was almost cut, near the power button, so I decided to reassembly the phone as there's no solution to fix this without a new flex circuit. During the reassembling I noted a small piece of metal connected to the logic board, in proximity of the label "do not remove", here it is (circled in red): 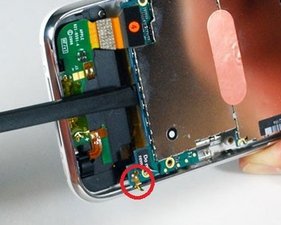 I don't know what it is (and I found nothing about it on the Internet) so I repositioned it as better as I could.

When reassembled all the parts, the screen didn't work anymore, in any case.

I don't know what to do. Is the position of that piece of metal I showed you? Or the iPhone is simply turned off and it needs to have the power circuit changed? Or something else?

Thank you in advance

Simple things first. Try a hard reset.... Hold power and buttons for 10 sec until apple appears, release buttons and allow to reboot. This should make phone recognise new hardware. The metal prong is the antenna ground, it is perpendicular to board and should touch onto bezel.. If it isn't you may find signal is poor.

Thank you for your answer, but how I can try an hard reset if the power and home buttons don't work?

Before disassembling the screen and the touch worked great, but now they don't..

sorry, I thought as you had reassembled the phone you had solved that problem, you only mention the screen not working in your question..

when you plug the phone in to the mains does the screen light up? is it recognised by itunes?

Maybe I wasn't clear enough, sorry for that. I can't try to plug the usb cord because I don't have it here at the moment. Is plugging the phone to the computer a solution to turn on the iPhone, even though the flex cable is broken in proximity of the power button?

Connecting to power source/iPod dock should turn phone on for you... If battery is flat it may need to charge a little, then the battery icon or apple will show. This may help us isolate where the problem lies...

daveMor follow pollytintop with the direction. Always give as much information as possible. You are the eyes and ears on this and pollytintop the brain, so for the brain to work you must provide the info :-) and I am sure you will get your phone problems isolated and hopefully back on...Good Luck