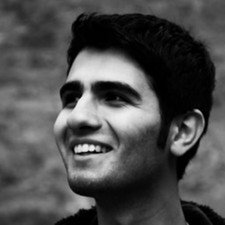 Replaced display is too bright and doesn't dim much

So I broke my display and got it replaced today. They didn't replace the whole lid, so only the actual display was replaced and the camera and backlight are apparently still the same. They also clarified that they're not using "official" replacement parts, so the new display is definitely not original Apple. I was fine with that since I plan to get a new MBP after WWDC.

This makes it a little uncomfortable to use at night.

Is there a way to fix this?