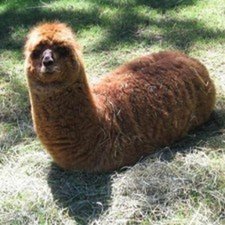 MBP turns on with chime but no picture

first of all, I'm an idiot. I have replaced the keyboard on this MacBook Pro but made a terrible mistake while doing it.

When connecting the display cable, the bar of the cable made contact with the connector itself and shorted it. that resulted in some smoke in the area of the first couple of pins on J9000 after turning it on.

Now the system turns on but it doesn't show an image on the screen or external monitor.

LCD_IG_PWR_EN seems to come directly from U1800.

Has someone an idea on how to continue?

You're right, enable signal comes directly from U1800. There's not much to do other than replacing it.

I only have basic knowledge in electronics, so bear with me.

I would like to know what signal U1800 needs to send out LCD_IG_PWR_EN. While searching i found that board and lcd first have to communicate to enable the enable voltage. I also read that LCD_IG_PWR_EN is only enabled when the lcs is pluged in.

So when i measured pin 6 LVSC_DDC_Data on J9000 it shows me 3.28V with no pulse, LVSDS_DDC_DATA does exactly the same. Even if i unplug the lcd.

In this document i also found something interesting on page 275.

Is this something that could have happened when the bar from the lcd cable shorted some of the pins on the connector?

Maybe the short killed the connector itself. What's the best way to check if the screen is beeing recognized?

Since you had done basic troubleshooting measuring pin voltages and calling Ic by its name, I got the impression you already knew about the needed known good panel to troubleshoot properly.

Since that was not the case, it could be really anything..to start with possibly a burnt lcd cable, burnt lcd, shorted J9000.

Unless you can rule out those possible causes, it doesn't make much sense to troubleshoot the logic board since without a working lcd you won't get the informations you need to go further.

I don't know of any other ways to troubleshoot a no image issue, but maybe they exist and somebody more knowledgeable can tell you more about them.

So basically i'm a mechanical engineer who took on a macbook of a friend, so i only have limited knowledge about electronics. I can read schematics and do some basic troubleshooting, but i am still working my way into understanding how these apple products work.

The only way to check the lcd cable/connector that comes to my mind is to take it out and measure the resistance of each contact from the board side to the lcd side. But since i dont want to risk causing further damage, i would rule this out. I also dont have access to a known working screen, so i can't get any further in troubleshooting like you already pointed out.

So i guess this is the point where i should turn the laptop in for professional repair, or find a known working screen, which is unlikely.

Thanks for your answers so far!

It's still a nice and relatively valuable machine and I think it could be worth investing some other time and a little money in a DIY project.

Cost of a new panel and a cable is not unaffordable, but what concerns me is the j9000 connector..best thing would be to replace it to be on the safe side or take the risk of burning a further cable and possibly even the new Lcd panel right away. Testing the cable for continuity pin by pin wouldn't rule out possible shorts unfortunately. However, hope it's just a minor damage.

Ok so a few things:

Have you tried a known good screen?

If so, do you have an image if you shine a flashlight through the Apple logo?

If YES, then what is your voltage on PPVOUT_SW_LCDBKLT?

Sadly i dont have a known working screen. U9000 has no output, also LCD_IG_PWR_EN is at 0V. There is more information in the posts above, right now i am guessing it's a fried connector/cable/lcd, just like arbaman also suggested.