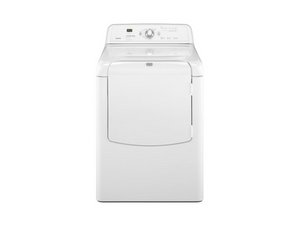 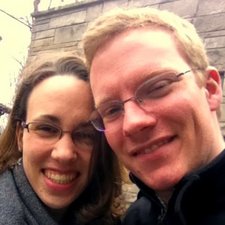 Why does the "clean washer reminder" light come on?

I am wondering if this indicator light comes on after a certain number of loads or because it is actually dirty. It feels like a gimmick to sell "Afresh" to me... I have only had this washer a month because it was in the house we just bought so I know nothing about its history etc.

So to answer your question, it is a cycle count and not a sense of dirtiness.

However, you don't have to use AFFRESH. You can add 1 cup of liquid chlorine bleach to the bleach dispenser. You can find this procedure also on Page 11 - see "Begin Procedure" under Washer Care.

Thanks! I should just find the manual if it's online, eh? The previous owner didn't leave it anywhere I can find.

Check the link I provided above, it is a manual for W10240444A and W10240445A models. You can go to this link https://www.maytag.com/services/manuals.... and type in your exact model number to get the user manual. Hope it helps.

The "clean" cycle - if it has one - is a huge waste of energy, creates extra hot water and takes several hours.

I use Nellie's washing soda (many "natural" laundry detergents use similar ingredients, mainly, washing soda (soda ash or sodium carbonate) which cleans the clothes and keeps the machine clean, automatically. After 3 years, I was out of Nellies and had to order some. In the meantime, I washed a few loads with regular detergent and the next time I went to use the washer, two weeks later, it had developed "the odor" but it only took 4 or 5 loads with Nellie's to eliminate it.

Washing soda is an excellent all around cleaner, in particular, for the sources of "rotten" odors but it acts on those odors (and stains and dirt) the same way lye unclogs your drain so you need to rinse with vinegar or lemon juice added to the rinse when washing natural fibers or they will break down (age) faster. Dirt is easy to clean with washing soda while fibers take a long time but repeated washing with washing soda an failing to neutralize it, after, will begin to break them down. This is also why you don't want to use baking soda as a regular "no poo" shampoo unless you are willing to let vinegar soak into your hair for a period of time to neutralize it.

I don't use fabric softener as, like soap, it sticks to your clothes and not using it allows me to fill the fabric softener dispenser with distilled white vinegar to neutralize the washing soda's alkalinity.

If you want to run the clean cycle, you can just use 1/4 cup of washing soda (the active ingredient in Affresh) or a washing soda based laundry detergent which usually also contains oxygen bleach.

I wash cloth diapers every other day and I have to use certain detergents for them. I've experimented with washing soda and vinegar before but ended up with diaper problems and I'm a mom with three kids under 4 and not much help around the house so... I stick to what works. I never use fabric softener and avoid optical brighteners etc but maybe I'll get washing soda to run through the washer occasionally. It doesn't smell bad other than the residue at the top from the previous owner using softener which I haven't had time to clean out.

Diapers are a whole other world of laundry. Personally, I think it's because they're white. Which just seems like a crazy stupid color for a diaper, lol!