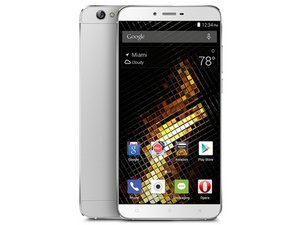 The BLU Vivo 5 is an Android smartphone produced by BLU, an American consumer electronics company. The 5 was produced through a partnership between BLU and Vivo Communication Technology Co. Ltd., a Chinese technology company. The BLU Vivo 5 was released in February 2016.

So after the new update my phone cannot run Virtual Reality apps, videos, or html 360 degree viewers. This issue has occurred with the three vivo 5 I had as all three had to be returned for various reasons and updated for various reasons. So this seems to be a software issue and I do not know how to fix it. Anything displayed in 360 will have the camera drift in a random direction and rotate slowly at the same time. Moving the device in x, y, and z directions will cause the camera not move in the same direction. The up and down could be left and right or rotation. This did not happen with the original OS the phone came with. The accelerometer is fine as I have an app to measure rotation and such and the readings are fine. I am out of the warranty and they did not let me return the device based off this issue within the warranty. I returned the device for other reasons such as it has a black screen of screeching and death.