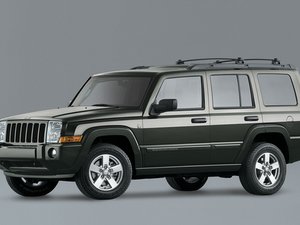 Why is my sun roof leaking?

Sun roof leaking un-attached cable binding window when in operation please help. electric cable on one side of the sun roof detached

Can you use the manual winder to completely close the sunroof?

I have a 2006 Jeep Commander purchased in 2010 from a dealer. Great car at first. However, among other things, my sunroof leaked into the side beams ("A" Posts) which resulted in inches of water on rugs...both sides...passenger & driver! After many frustrating attempts to get corrected, I finally tackled the issue.

Result: When the sunroof is open, there are four (4) drain holes at the four 'curved corners' which allow (supposed to...) water to drain down via hoses. Front two hoses exit and drain behind front tires and rear hoses drain between front & rear doors. I found the drain holes/hoses were easily 'plugged' by road debris or tree/leaf debris. Solution: Using a stiff but flexible length of weed wacker string (e.g., 0.95 dia.) and a small amount of HOT water, I was able to dislodge the blockage and get the drains/hoses to function. Usually it's the front drains that plug. Good luck.