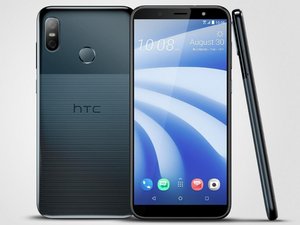 The battery on my HTC 10 was completely shot and needed to be replaced. I'm a careful person by nature and this being my first phone repair, I bought an extra screen just in case something happened getting it apart. Followed a guide by jerryrigeverything on how to take apart the phone, got the battery replaced, everything seemed to go smoothly. When I went to test the display before screwing everything together, the new screen I installed lit up, but the right half of the display only showed as a repeating segment from the middle of the screen. Thinking the connector was loose, I disconnected and reconnected the display and made sure everything was tight: same problem. I reinstalled the original display, which I made sure had worked after cutting through the adhesive before I disconnected it, and now the old display is also showing the same issue.

The touch screen on the broken side of the display still works, I'm able to type PIN numbers and whatnot even though I can't see them properly. Only thing I can think of is maybe the connection actually got some debris or something inside of it? I don't think I damaged anything, as I was super careful, but it was also my first time opening up a phone.

Sorry for the inefficiently worded post. Any help would be really appreciated.

Hm ... Try to check if you push something on logic board when you insert or remove the old battery . Check if there is something that is continues to pushed it ... Try to take ti apart , check it out of chassis and reassembly it.

If out of chassis make the same issue, there is a big chance of faulty logic board.

The phone was out of it's chassis when I tested the display. It's possible I broke the logic board when disassembling the phone.

Do you touch the flex cable contacts? Clean it with alcohol... and dry it out with microfiber cloth.

I mostly used spudgers and whatnot to carefully remove them, but it's possible I might have touched them. I went out today and got some 91% isopropyl alcohol along with some compressed air to see if that fixes things.