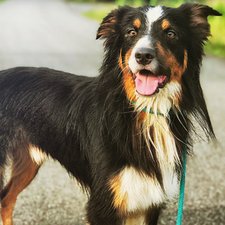 iPhone wont charge - but only with 3rd party batteries?

Very very strange issue actually. I repair iPhones since years, nearly saw everything during that time but not that.

I got an iPhone 6 with a battery which was bloated a bit. It worked well so far, but pushed at the back-side of the LCD. So we needed to replace it.

I still had a replacement battery onsite (3rd party) and tried it: Battery charging stays at 1% for hours. Nothing is happening - the iPhones shows "charging" the whole time. Other cable, adapter: same problem. So I tested the original iPhone battery again which charges well.

So I ordered another battery from another vendor. It arrived yesterday. I installed it today in the morning, started the iPhone and plug in the charger. The battery had a charge of 42% at this time.

So I am getting crazy now. Is it really possible that I got two 3rd battery batteries from the same vendor with the same issue? I can't believe that. But regarding to the fact the original battery do it fine I do not have any other ideas. Or did someone had the same problem in the past?

In response to your original question, yes it's possible to get multiple bad batteries from the same vendor. Batteries are strange beasts and given their chemical makeup, good ones are not that easy to manufacture. Besides, what eventually filters to us is the stuff the big players didn't want to keep. You should discuss this with your vendor and maybe try a new vendor.

It is DEFINITELY possible your vendor sent you two bad batteries in a row. We have gone through years of struggling to find a reliable battery supplier. There are really only 2 companies whose quality I trust and one of them is Ifixit. Our iPhone 6 battery defect rate from Ifixit is 1.4% over a few hundred units so far. Compare that to careless vendors that ship 10% defects or worse.

I would also recommend you utilize a USB ampere meter attached to your charger when you are testing newly installed batteries. They are so cheap and so useful. If you install a low charged battery in a customer's iPhone 6, you should see the phone begin to pull a range of 1Amp-1.6Amps while charging, cycling up and down as the battery charges. Normally, this current would begin to go down noticably after around the 80% mark. In the case of your faulty battery that stopped at 43%, you would have noticed abnormal readings on the meter. With that kind of battery, the current draw would have gone down far sooner and you would have had an early tip off to the problem.

Hm, okay, sounds "good". At the end it is strange to have two different 3rd party batteries with a complete same issue, but I do not have another iPhone 6 nor 3rd battery to perform an x-test of the part. So maybe I really should order a third one. Never had such issues in the past, every 3rd party battery worked fine - even if it was from the same vendor which is affected now.

Did you try a other charger port first of all?

Do you get Apple logo with battery unplugged but charger plugged in?

If you don't tristar charging chip is damaged and needs to be replaced by someone that does microsoldering.

Hey, like I said above: A known good (the original) battery works and charges well. Furthermore the charging port is working, the system detects the charger, says "charging" the whole time. There is no reason for a damaged port or charging chip.

"Fake Charging" is a common symptom of a bad Tristar IC. That doesn't mean this is your specific issue (see my answer) but I wouldn't dismiss it out of hand.

Did the batteries need activation?

Did you calibrate te batteries first?

Step 1: No matter what the battery level is, use your iPhone until it shuts down because of no power. It’s up to you if your enable/disable Low Power Mode.

Step 2: Plug your device in to a power source and load it without any interruption until it reaches the maximum 100% battery charge.

Fact: Make sure that you use and official Apple charger!

Step 3: Reset your device by simultaneously pressing and holding the Power and Home buttons. Hold them for a few seconds, even during the appearance of the iOS Shutdown screen.

Original charger is used, I also tried to use a original iPad charger, another cable - same problem. The first 3rd party battery I've tested was empty, it didn't charged over 1% and the system also was shutted off before. Resetting the device also didn't helped. I also performed a complete wipe of all datas and settings, set it as a new phone - the problem remains.

Did you measure your batteries? And otherwise i would contact your supplier and try to get another set of batteries. There are a lot of bad batteries out there.

Hi, i have this same issue with my iphone 8. The battery wont charge past 19%. Even though it shows its charging. I got the battery from a 3rd party. Any help?