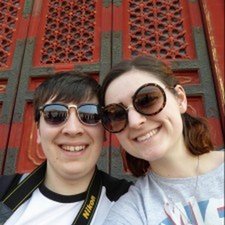 Repairing a 6S that had a smashed screen. I’ve replaced it with a new one. Charged the battery up and turned it on. The screen lights up for half a second at most then goes black again. I’ve tried a second replacement screen and had the same issue. I know the phone is working as it vibrates when I turn it on and I’ve managed to activate voiceover.

I have however noticed that there is a slight bend in the phone...

I’m assuming this is a board issue, but really hoping it’s not?

Did you disconnect the battery prior to disconnecting the screen assembly? This is a critical step that many DIY fixers skip and the result is often a blown backlight circuit. To test for this failure, plug in your iPhone and shine a bright flashlight on the screen. If you can see a dim image, then your backlight circuit is blown and it will require a micro-soldering repair.

Hey, tested this out and yep, backlight circuit is fried. I’m based in the uk, can you recommend anyone to do this kind of repair?

you might have something wrong with the software and you can hard reset it. To do a hard reset, press and hold the power button (also known as the Sleep / Wake button) and the Home button (the circular button below the display) together for at least 10 seconds. On the iPhone 7 and 7 Plus, you perform a hard reset by pressing and holding the volume down button and the power button at the same time until the you see the Apple logo appear on the screen.

If the Apple logo appears on the screen, there probably isn’t a problem with your iPhone’s hardware — it was a the software

I’ve tried a couple of separate screens now, multiple times, and checked that all the display cables were properly connected every time. I don’t think the issue is there.

Thanks for your help though!