I recently bought an older powermac g5 2.0 DP. Cleaned it, checked if it worked, it did.

I put in new ram (4GB DDR1) And then nothing. When i press the power button the white led does not stay on (And no blinking) No video, nothing. Putted the old ram back in, same problem. However i do get two sighs from the fans, and they ramp up to max after approx 10 ~ 15 mins. Also there is a red led right behind the top CPU? (cpu dead?)

Unplugged everything, tried resetting the logic board etc. still nothing.

@lesander check this and see if that is what your system does:

Power Mac G5 (June 2004): Power-on LED illuminates when pressed in, but goes out when button is released, fans spin, and there is no boot tone or video

Resetting the PMU on the Logic Board

The PMU (Power Management Unit) is a microcontroller chip that controls all power functions for this computer. The PMU is a computer within a computer. Its function is to:

Important: Be very careful when handling the logic board. The PMU is very sensitive and touching the circuitry on the logic board can cause the PMU to crash. If the PMU crashes and is not reset, the battery life goes from about five years to about two days.

Note: For the location of the PMU reset button, see “Logic Board Diagram” in the Views chapter.

Many system problems can be resolved by resetting the PMU chip. When you have a computer that fails to power up, follow this procedure before replacing any modules:

Wait ten seconds before connecting the power cord and powering on the computer. If the computer does not power on, there is something else wrong with it; refer to the “Startup Failures” section of “Symptom Charts” in this chapter.

Note: The above procedure resets the computer’s PRAM. After resetting the PMU, be sure to reset the time, date, and other system parameter settings. 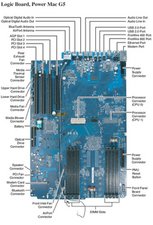 If you want to check the power supply, then this might come in handy:

To power on, the computer’s logic board requires a “trickle” power of +5V. If the system fails to power on, first reset the PMU. Then follow the procedure outlined below to determine whether the problem is related to the power supply.

Note: To verify the power supply, you need a volt meter.

Note: This is a top view of the connector when it is plugged into the logic board. 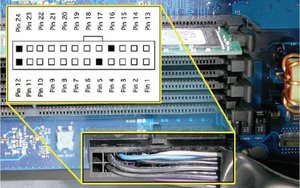 Note: This is a bottom view of the connector when it is unplugged and facing up.

The volt meter should measure approximately +5V. If you do not get a reading of +5V, recheck the volt meter connections and measure the voltage again. If the voltage is still not present, replace the power supply. 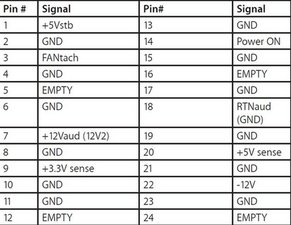 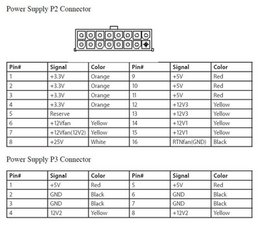 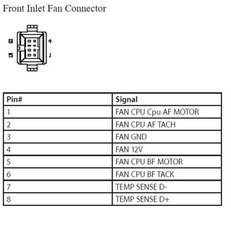 For now you do not want to replace anything but just check to see if you can narrow it down.

You'll want to review your memory if you have mixed RAM as you'll need to make sure you keep them in the correct pairing. Here's a copy of the Apple RAM guide for the Power Mac G5

You'll find a lot of people are taking this beautiful case and reusing it. Hacking it up with a new logic board to either run Windows or even Mac OS (Hackintosh)! Here's one example: PowerHack G5 - A G5 Casemod Hackintosh Build