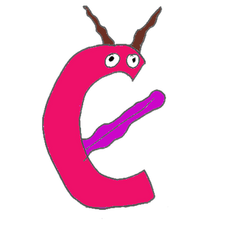 Black screen on startup only when plugged in wall adapter

My iPhone 6 does not work anymore, when I try to start it it does not do anything, and when I plug it to a wall adapter it start, I have the apple logo, then a black screen (But it does not start when plugged to my computer with USB).

I tried to replace the battery, and it starts even when not plugged, but with the same issue (black screen after apple logo). I tried to restore it but it did not work, and while I was trying to figure out why, it switched off. And now it is the same as before, it only start when plugged to a wall outlet...

I tried to lauch my iPhone without the battery connected, and I have the exact same thing...

Anyone knows what can be the issue ?

It Sounds like you've knocked something else loose, or have the incorrect replacement part. Try your old battery if it works right away, you might have the wrong part. look over all your connectors and verify they are all connected fully, and I would even unplug each and reconnect every connector . Also, double check to see if you have the correct battery part number. Also get a magnifying glass and flashlight and carefully look over all the inside area of the phones internal connections. You can also sit the open device in a well lit area and take a close up photo of the inside area from a different phone then look over the photo by zooming in 150, 200, or 300 x take several photos from side angles that might reveal a loose connector or bad part.

Thanks for your answer! I tried what you said with no luck... Here is an image of my iphone6: https://imgur.com/a/jNFFE Do you see something ?