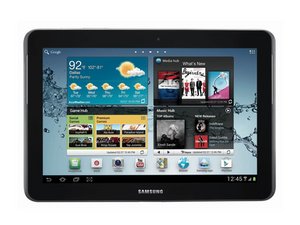 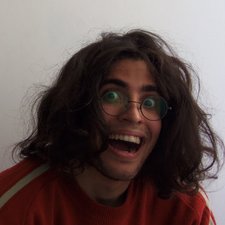 Tablet doesn't turns on or charge. Overheating at the right sup corner

I starting to guess that it might be a motherboard issue. Has anyone here experienced something similar?

Here's a photo from where the heat comes from: 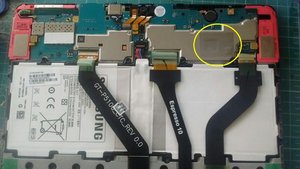 I have the exact same problem with my Nexus 9

Did you end up finding a solution?

I literally just barely had this issue with my iPhone about an hour ago, so I went to this website and found the answer- there is something to do with the battery that once it dies and your device gets hot, the battery needs to be reheated- some people recommended applying a blow dryer, some said put it between 2 cable boxes that emit heat, and one said take off any kind of case you have, plug it into the charger( I actually don't even know if that's necessary, but it's what I did) and rub the battery area between your hands for about a minute or until you get some kind of response- good luck!

I tried it with a hair dryer and it didn't work. It keeps getting hot in the same spot. The battery gives the 3.7V that is supposed to supplies to the tablet.

I have same problem it keeps heating a motherboard don't know why, the think is it was working just fine before I had to charge it and since then I couldn't switch it on or see if it charging.

I still doesn't have found a solution for the heating problem. I think it might be some short circuit on some component of the motherboard near the processor (the place where it releases heat). I didn't tried if a new motherboard resolves the problem, but probably it would.

I have the same issue with my tab S. I got it checked from a local tech and he confirmed that Power IC is heating up and needs to be replaced. As Samsung is just selling the tabs and not giving repair services in Pakistan. I got brand new ICs from Ali Express. On replacing the IC, my device didn’t turn on. Now the techy is saying that its processor is shorted which I am not agreeing.

Before turning on, device has nothing to process. Why it is heating up on charging in ‘off state’, still a mystery. But I am not giving up and will update if some luck comes in the way.

encounter the same problem, my tablet has been off for 6 months(got lost in the house) then i tried pluggig it in then same result, heating up at the upper right corner. have you solve this prob>

Hey guys! Any solution? Thanks!