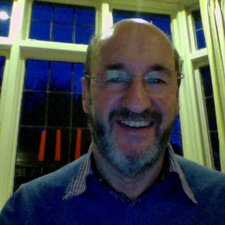 My late 2015 iMac 27 5K developed a fault earlier this year: it started shutting down unexpectedly, initially once or twice a day up to every two to three minutes. I checked the power cord, used different power outlets in different parts of the house, booted in safe mode, checked the syslog file for any error messages which could explain this, no explanation found. Important: after each unexpected shutdown I had to reset the SMC to get the machine to react to the power-on button again.

Back home within two hours started shutting down again, now every two minutes, so unusable. Does anybody have any idea what could make the SMC shut down the machine? Is it a (false) high temperature warning?

Could there be another problem causing damage to the logic board and/or power supply?

Logging mains showed no abnormalities except em noise in the UHF band when LED lights are switched on. This does not appear to affect mains supply to devices but messes up bandwidth of PowerLAN. My iMac 27 problem was eventually fixed by Apple replacing logic board, PSU and almost all other internal parts in the Apple store. Since then the iMac has been behaving perfectly. My conclusion is that there must be some electronic components in the iMac 27 which can fail leading to the machine shutting down. Nothing else has changed in my house, all other Macs work fine, there are no spikes on the mains, this is an Apple manufacturing problem and it would be nice if Apple could acknowledge this and fix it. Sorry I cannot provide a magic bullet to fix this.

Did you bring your system to a real Apple Store or an Apple authorized service center?

You might want to also check your home's AC power. Things that can mess you up is bad power coming into your home from your utility as well as poor building grounding. You'll need to get an electrician to check your house wiring and see if you can get a power meter from your local utility.

You also want a good power strip for surge suppression. If you can swing it get a UPS.

Agree with Dan. Before I got my 1st iMac in Dec. I got learning curve advice from friends who are computer engineers.

Since giving my comment almost one year ago. My 27" iMac I bought in Dec 2016 specs:

Began doing a total freeze (can't exit or close apps using keyboard) Had to use the power button to restart. I would wait for 30 - 60 seconds and it restarts. I figured "whatever" it was just times-out.

Any ideas? It happened mostly when I was touring around using Google maps in chrome. It was in full screen in 3D. With 32 GB RAM I wouldn't think I was overloading it.

Looked in Apple forums and the most logical thing was it could be something from a 3rd party app causing that. Its a common issue with the late 2015 iMacs particularly (from what I've read) with the upgraded processor and Graphics.

Any ideas. I'm under AppleCare for another year and a half. But, they're just going to say delete all 3rd party apps.

Hello Kemble, thanks for your comment. Fully with you re UPS. Run all my home stuff off two APC ES 700 UPSs. If the problem is caused by spikes, they either manage to get through the UPS (unlikely) or there are significant EM pulses in my house. I will run a data logger for several weeks to monitor mains and environment.

Hans-Georg - Did you get an electrician to check your house wiring (ground)? You could have a bad device plugged in which has a bad power supply messing up the ground (hot). Let us know if they find anything and your loggers output.

Thanks Dan, Apparently my comment to your original answer went awry. As I indicated in my other comment, I fully agree with your approach and suggestions. If the logger shows any spikes I will certainly get an electrician to check my mains supply in my house. I know from previous experience in Luxembourg that one device with a bad earth connection can cause a lot of problems. The only doubt I have about the spike theory is that the iMac showed the same type of unexpected shutdowns while I demo-d it to the chap at the Apple store. Will keep you informed about progress once I am back in the UK.

I am having the same issue on my mid-2015. I have a mini Mac on the same power strip and it doesn't have a power shutdown issue.

Of course my warranty is over. What parts would cause this?

Sean - Make your sure your power is clean and your house ground is good. I would first move your Mac mini to a different circuit so you can be sure you'er not over loading your line. Dedicate the line for your system and use a good surge suppressor or better yet get a UPS.

If you are still encountering issues I would recommend you visit an Apple Store to have them test your system. There are quite a few possibilities so one can't just tell you its this vs that.

I had both PSU and logic board replaced by Apple. PSU did not solve the issue, logic board exchange, did. I now have my second iMac 2015 which is dead. Tried with a new PSU, dead. HAve to fork out a lot of $ for a used logic board and hopefully its not the PSU too, my devices keep breaking...

- Are you using a properly grounded outlet?

- Is the fuse panel properly grounded?

- Are you sure the ground connection is in good shape?

- Are you overloading the circuit (20Amp)?

- Are all of your peripheral devices with plugged into the same UPS or surge suppressor?

- Is your cable and phone lines properly grounded?

- Are your Ethernet hubs/switches plugged into surge suppressors or UPS's?

I had repetitive problems with two iMac 27 running always on APC UPS.

Should or shouldn't they run on the same UPS with the etherneth hub?

Sassan - Power surges (Lightning) can travel through ANY electrical connection to your system. So yes, I have my Ethernet hub (as well as my cable modem & WiFi AP device) on a UPS as well. It doesn't need to be the same one as long as its connected to the same electrical panel (ground point).

Where I live we have lots of power issues! So I need to be extra careful!

Maybe this is the same problem as the mbp have.

Delete or move away this file:

You need to disable "csrutil" (just google it)

While this is a good last ditch effort when the Thunderbolt chip is blown it really doesn't fix anything! It just allows the system to work without it.

FYI: The issue was not related to the OS release, but the init of the newer OS driver failed at the time of the update which then killed the system.

This system uses a different Thunderbolt chip so I'm not sure if the driver is the same right now as I don't have access to the system to tinker.

I am having this trouble too. Same imac 27 2015 retina. No problems with other equipment. I need to remove power to the imac and reintroduce before it will start up again. Seems like a common issue on the web.

You need to check your AC power. I strongly recommend you get a UPS

Power module on my logicboard was dead. Second iMac now fixed, thank God i did not go to an Apple Service, they would have replaced it for $1200!!!! Cost me $100 at a local repair shop. I am done with macs!

You need to check your AC power. I strongly recommend you get a UPS

Would only power on with SMC reset, then whatever use of machine, either maxing it out or just sitting there with nothing working, would black out after 2-15 minutes.

trying to get fixed now, heres hoping its just a power module…

Did you try running diagnostics? I would start with that if the system is able.

hai bros. i've same issue with my 1 and half year old imac 5k 27” late 2017 with mojave os. i went mac service centre, they checked and there is no problem with this imac. they installed os as fresh. then i come back home after 2 days its again happend

I’m having a similar issue, however my issue is that it now longer powers on…but that was the last straw as before that it started rebooting randomly. (Link: iMac (Retina 5K, 27-inch, Late 2015) - Is it dead?)

Anywho…I have an actual question…I see many references to “monitor mains and environment”, and “I will run a data logger” and “em noise in the UHF band”. I am curious, How would one go about in monitoring your environment for EM noise and UHF of any other possible electromagnetic interferances?