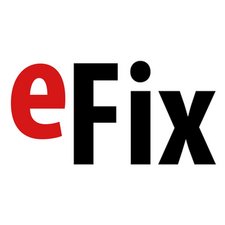 My question is, will this work in the 2015 model? Is there any harm in trying? I have tried emailing the seller (Duracell) to check, and they have since removed A1582 from the title on their website, and not responded to me haha.

Tried this, and can confirm it works fine, although the voltage rating and mAh rating is lower than the 2015 battery, which means it won't last as long.

For future reference, if anyone has issues getting the 2015 batteries :)

@reecee Your tried what? What's for future reference? I didn't answer this as I have not run into a battery replacement yet on a 2015.

You can get that battery right here:

eBay has it here: http://www.ebay.com/itm/New-Genuine-Batt...

AliExpress has it here: https://www.aliexpress.com/store/product...

Thanks @mayer, I found some on eBay, etc shipping from China, but they were due delivery for late March/early April (obviously way longer than the customer wanted to wait).

It's annoying you guys in the US have this part quickly available, over here that is not the case unfortunately :( I'll probably order a few for stock from my China supplier in the summer, so I have them just in case

@reecee I understand. It ties up a lot of my working capital to stock parts and batteries in advance and I don't know if the prices will drop while sitting on the shelf. If you have not set up with ifixit for professional pricing, do so. I would think you would do much better, if they have it to try getting parts from the iFixit store in Germany while you are still part of the EU. https://eustore.ifixit.com/en/home/

What I have done, since my customers resent me making any money on parts, is that right in front of them I will open up a different browser(that I'm not logged into) on iFixit. Then I go right to the part and give them the price. At that point you can add a 10-15% handling charge over your cost. Most people understand that you need to be able to make 10-15% and don't mind. Then when ordering, I log it and get my professional discount. iFixit has about 4 tier levels of pricing.

You can probably ask @kaykay about where you need to be to get them. I didn't know to ask about it till I gripped about it just last month and I've been around the site for seven years.

Let me know after you've read this as I should probably delete my professional secrets.

Thanks for the notif @mayer :) I'll send you an email @reecee !

My question is it is possible???

Did you get an answer Ali? I have the same dilemma

Yes, at least it works in my case. Replaced the battery about 30 mins ago, no problems.

@aliyar any feedback as of today? thanks Adrien