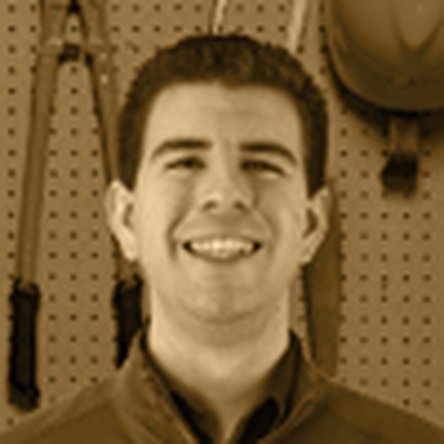 Why does MacBook think it doesn't have a battery?

Asking this question for a friend of mine. Computer in question is a white unibody MacBook, purchased about 6 months ago (so still under warranty, I'm assuming). First symptom was that the battery charge indicator in the top bar said that the battery was at 0%, even when it was fully charged. After plugging in the AC adapter it said that there was no battery and the power source was the AC adapter. I figured the easiest thing to do was an SMC reset.

After the SMC reset the computer doesn't think it has a battery at all. The computer will no longer turn on unless the AC adapter is plugged in, and will immediately shut off if it is unplugged. This computer has never been opened, so is it possible that a battery connector would have come loose? Is this something simple, or should I suggest that she take it in to the Apple store?

You can kill a battery so that it acts this way by deep discharging it (running it completely flat) too many times.

A few things to try:

I'm guessing it's a bad battery connector, but if it's under warranty your best bet is it take it in as mayer suggests.

I'm accepting your Answer over Mayer's because apparently it was the battery itself, and not the connector. I upvoted both of you, though.

Yeah I guess that makes more sense, no idea why that might happen after only 6 mo. though, maybe machead's right.

Take it to Apple. Sure you can probably figure out that the battery connector is disabled and void your warranty in the process.

She has an appointment in a couple hours, so we shall see after that.

She got a new battery completely covered by warranty.