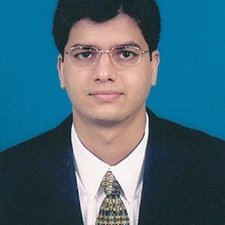 is the OLED bar waterproof and if so what is the IP rating?

Sad isnt it. For a premium device to not address these small but important things.

Is Apple thinking of a way to move forward technology wise or just is it just a way of adding to the cost of possessing an Apple device? For example the optical drive.

What was the point of removing the optical drive? CD/DVD/Blue Ray discs are still very much in vogue all over the world? Thinner and equally efficient laptops have found ways to incorporate the drive in their bodies?

Was it so difficult for Apple? I do doubt their intentions---- selling us things in the way they want to making us imagine that we are buying what we need!

The MacBook Pro systems as a whole are not waterproof!

The keyboard, trackpad and the new Touch Bar are not designed to be spill proof - Sorry ;-{

First, I don't know of any laptop system that is waterproof. Computers need ventilation so there is always at least two openings (in & out for the air to flow). Phones & tablets being small and being a flat input panel can be more resistant to spills they are still not fully waterproof it's still not possible. It's thought the Samsung phone failed due to over doing its tightness so it couldn't cool properly when it was charging.

As to the optical drive point Apple is not the only one that has dropped it. All of your ultra thin systems don't have it built-in. I do agree, Apple is over fixated on thinness which is wacky!

There is a market that wants a more useful quasi desktop system than a true desktop. There is also a market for a real MacBook Pro system that is designed for a real pro.

I'm hoping Apple sees the light here too! The market is expecting a real Pro system not this. I expect the real PRO to show its face at Apples new Campus II in the late spring next year.

Why would Apple give this device 160 Gb/s I/O capability if not to meet the needs of serious pro's? Certainly that's not aimed at aunty Betty.

This group of systems are what I call the new 'MacBooks' in spite of their name. These systems are for people who don't need ports to transition to USB-C and want the most power with the least weight & size (what the older MacBook was intended to serve).

While Apple's dog & pony show demo'ed its creative bend it's not really for the advanced creative type that needs ports built-in as well as expandable/replaceable memory & storage and longer battery life.

Yes, these systems will sell & sell well to the advanced amateurs, field and salesperson folks on the go (the low end pro market). In my mind It should have been called the MacBook II series.

Don't get me wrong here! I do like the Touch Bar and the higher speed SSD intro'ed and overtime USB-C will be the I/O port of the future. Sadly, most of the USB-C stuff on the market today won't work! (the spec was updated). So we have a cart in front of the horse case, overtime this will get smoothed out.

The dongles in my mind is the big killer here I'm through fighting with dongles! Many Pro's can't ditch their personal storage and I know my clients can't either - Millions of dollars of portable storage that is already bought. Yes, it will get replaced but slowly hence the need to transition to USB-C not cold turkey like this.

Panasonic tuffbook. Overpriced, but most are waterproof. They also use old hardware and are huge. But still, waterproof.

The new MacBook pro released today, with not much going for it. One USB-A port and four more USB-C ports is all it's got for connectivity, and the revamped unibody design proves nearly impossible to open. A glue that only releases when a special band of light is shone sourounds the entire case. "This thing is built like a sub" an Apple executive says, although the Mac isn't water resistant at all, and the new boarder to boarder display proves easy to crack. Apple has also announced the renderdock, a thunderbolt 3 adapter that allows PCI-e x16 graphics cards to be used with the new series, although at a $429.99 price.