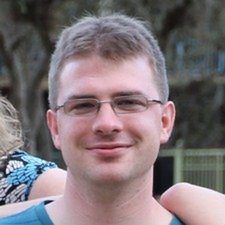 So I have replace the digitizer on two different iPads now, and both have exhibited the same behavior. After replacement the Apple smart cover now affects the sleep/awake sensors from the BACK of the iPad. So when you fully flip back the cover, it will actually shut the iPad OFF. Both of these iPads used a smart cover before the repair with no issues. The first one I did, I wasn't able to troubleshoot as the adhesive was already in place before we discovered the issue. But for the second one, I left it "apart" with the new screen to test.

Oddly, even if I fully disconnect the new digitizer, and put it far away, the smart cover still shuts the iPad off and on from the back. So that tell me that it has nothing to do with the new digitizer. So I then took two magnets, and tried to play with the sensors. Reading many articles, it appears that the Air 1 requires TWO magnets to be in place for the awake/sleep functions to work. However, in my case, I only need to use ONE magnet over the right-most trigger point to make the iPad turn on/off. It's like the one next to the home button doesn't do anything anymore (or more accurately, constantly sees a field). Any ideas what is causing this? I was thinking heat (from removing the glass), but these components are pretty deep in.

So after playing around much more, and running across this post (Smart Cover Locks iPad Air from Back Side) it seemed that the home button flex cable might be causing the issue. I had my strong doubts since the circuitry on both cables LOOKED (to the naked eye) identical. But to test, I used the button off the old glass, and it worked PERFECT! While there doesn't seem to be any magnets in that cable, there must be some type of logic circuit in there relating to the awake/sleep switch. I have to say, I'm pretty disappointed in ifixit's parts (not their instructions) because of this. I lost so many hours. If a button (or cable) doesn't have full functionality - that's fine... we just need to know!

If I'm correct the original digitizer + glass comes with the metal piece for these magnets. The one that originally came with the iPad. If it's there on there you should be able to extract them from there and put it on the new glass you have.

sometime cover will not help you will need change, i suggest always transfer original

actually, the digitizer is most definitely the issue. u may change the source u got the digitizers from. magnets have less effects on good digitizer as I've experienced. another thing is an exposed part of the home button flex, that causes malfunctions always