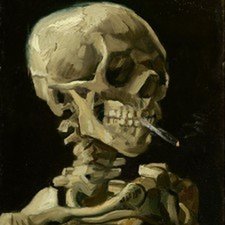 My friend approached me with an iPod Classic 160GB that he had dropped, complaining that it wouldn't work anymore. My initial assessment was that the device did power on, but displayed a Red X (just like the one displayed here) at boot and would power off and repeat this process. We agreed that the hard drive was probably dead, and then sought out to replace it.

I happened upon the iFlash Mod and we both agreed that it was probably the best method of long life from the device. I bought the iFlash Bundle and the Ribbon. The SD card I used for the mod was one that was on the compatible list - this one.

Once I was able to get inside of the iPod (tough), installation was a breeze. There were no ripped cables or anything of that nature. Oh, and I also replaced the headphone jack assembly+ribbon because he complained that when it was working, it only played on one channel.

After installing, I was expecting to see the connect to iTunes screen but that didn't happen. Instead, I got the same Red X problem as before. I made numerous attempts to boot into "Disk Mode", but that was unsuccessful.

I was however able to get into "Diagnostic Mode" and ran tests on everything with PASS marks for everything except the hard drive. Even with the new modded disk controller and flash drive installed, it would not detect a drive. I opened the iPod back up and double checked my work to ensure cables were seated properly and if they weren't before they are now, but I still get the same behavior - RED X.

Recognized by your computer and/or iTunes?

It is neither recognized by Windows or iTunes.

Do you still have the old hard drive? Can you get a USB-to-Zif adapter and check the hard drive? That is just to make sure that the drive is what had originally failed. Windows should at least recognize that there is an external device plugged in.

Unfortunately I tossed it. It makes sense that Windows should be detecting it - concerning that it does not. Does that sound like a logic board component to you? The device boots to diagnostics mode and it passed all the other tests except Disk I/O.

Have you assigned a drive letter to it or does it have a drive path? It won't be recognized if not.

I got excited for a minute because I did NOT consider that step (doh), but alas, it does not show up in disk management. Thanks anyway for the good suggestion.

Did you try reversing the ribbon cable in the iflash adapter? it’ll only work one way