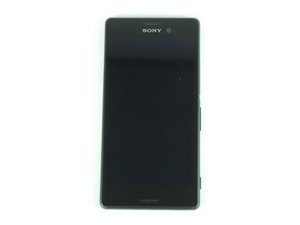 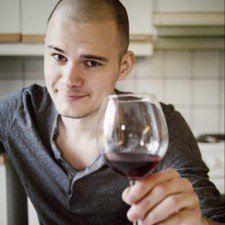 Changed screen - now the mic's not working on calls

I'm fixing my friend's phone. I changed the broken screen, and for that I had to remove some connections and parts related to the mic. Now the phone works well otherwise, and even the mic works while using video camera, video calls and such, but on normal calls it's completely mute.

Now there's few questions that pop in my head. Like, is there two mics, one for video calls, and one for normal calls? If yes, then the other mic could either be broken or not connected. Or which connections inside the phone are for the mic/mics specifically, so I could check them out.

I don't know if this has anything to do with my problem, but it would seem, that while I glued in the new screen, I forgot to remove a cover plastic from the other side. As far as I can guess, it only affects the cooling properties a bit. But there was plastic in the mic hole, and I removed it. Didn't work though.

So if you guys have any suggestions, please shoot. Thanks.

These are the videos that I was using as instructions:

In this case your bottom microphone is probably damaged then you tried to pry it up. You will need to buy another microphone + volume up + volume down flex cable to fix this problem.

You can buy it from eBay here:

Hi, I have the same problem. After screen replacement my microphone and speakertest fails. Can changing the flex cable solve both issues? Microphone and speaker? I can record sound in a video and listen to music and when someone calls me I can hear them but they do not hear me.

Yep. The flex that connects to power button and volume connects to loudspeaker / ringer / speaker and call microphone.

Got new flex cable today, installed it and both problems solved. Thanks@benjamin50!

hey, I dropped my phone and sent it to get fixed after replacement the mic wasn't working,. sent it back and was charged another $50,

would it have been broken while been fixed???

and also after fixing that got phone back and I week later the screen stopped working and now have been told there is a problem with the hardware. ??

Would I be right in saying these were all caused by the person I payed to fix the screen???

They should not have charged you money for something that stopped working after they fixed your phone. It should of been fixed with no extra charge.

After all. It stopped working after they did repairs on the phone which means it's their fault.

If I break something during a repair, I fix it without extra charge.

If it's the main microphone that stopped working after screen replacement the one used for calls then yeah they ripped the main long flex like I said above.

Specifically at the bottom of the flex where the microphone is which I have done personally myself a long time ago.

They just don't know how to remove it properly.

For me the flex changing is not helping, the mic keeps mute...So I wonder if there is a fuse or something that could be the reason, and if it is a fuse, where are the microphone ways on the motherboard? Thanks....