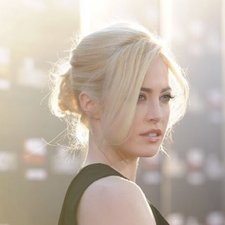 it won't boot up 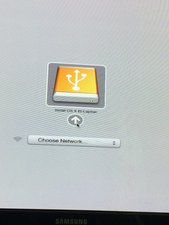 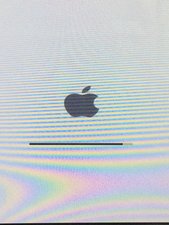 Did you put 2 drives in at the same time ? 2 ssd is there one in the optical drive now?

one for storage and one for OS? If this is the case you may want to disconnect the storage drive until you have loaded the OS The system may be having issue deciding what drive to use. It may be a good idea to use another mac and format it to Mac Os extended (Journaled).

Don't try to solve two problems at once. Install the main new drive. Boot the machine in Target Mode using your working Mac as the installer. You may have issues with the flash drive. When the icon comes up on the working Mac, format the drive and install a system from your working Mac. Now you have the ability to address the second drive.

You'll need to use the FireWire port on your mini as the DisplayPort {rectangle display icon} is not a Thunderbolt port {lightning bolt icon} in this series, Yes! it looks the same and the connector will fit. If your other Mac doesn't offer a FireWire port you'll need to use a TB to FW adapter. Here's a good write up on how to leverage it: Understanding the Applications for Target Disk Mode

You could try using a USB connection as outlined here: Got a new MacBook? USB Target Disk Mode works with the right cable (which Apple doesn't sell) I've not tried it between USB 2.0 and USB 3.x systems before.

and i will try today to install OS X Lion

You'll still need to install the OS via the OS installer from this Mac OS-X boot drive.