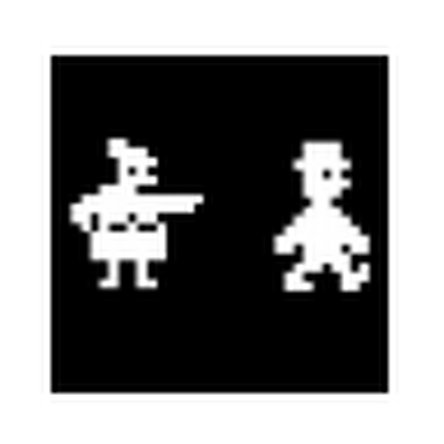 Why can't boot ANY windows volume if the internal drive is connected?

A while ago I opened up my iMac (7.1 24" 2.4GHz Core 2 Duo 4GB RAM) and replaced the internal HD with a 32 GB Solid State Drive. My /Users folders, all my apps, documents and "super duper" system copies and Time Machine backups are all housed on external drives connected by firewire. This works superbly and I'm very happy with it.

HOWEVER, I have now spent ages trying to set up a Windows 7 installation with Boot Camp and just can't seem to do it. By experimentation it seems to come down to this:

Any windows drive I select, such as the setup disc, freezes the machine instantly. For example, if I hold the Alt key and click the icon for the Windows disc to boot from it, the mouse cursor locks and that's it... nothing.

However if I open my iMac and disconnect the SSD's SATA cable from the motherboard, I can boot Windows discs absolutely fine.

Can anyone suggest what's causing this or if there is anyway to fix it? I have tried the following:

None of these makes any difference. It's as if the mere physical presence of the SSD prevents Windows discs booting at all. With it connected, the machine happily boots other OS X installations and the Snow Leopard installation disc. With it disconnected, I can boot the Windows installer just fine. I have tried reconnecting the SATA SSD (with my Boot Camp partition) once the Windows installation has started. This makes it show up in the Windows setup partitioner, but it then complains that the drive can't be used because it's not known to my system's BIOS.

I'm out of ideas! I think I may have to give up on installing windows. I get the impression if I took out the SSD and replaced it with the original hard drive, that would solve it (I always used to have a Boot Camp setup when I had the HD installed) - but that is not what I want.

+ for a very well stated question.

Ah OK, interesting! It's a Corsair "Extreme Series" 32GB SSD. I don't see any firmware updates on the corsair site. And my Mac's boot ROM version is IM71.007A.B03 (which is the latest available, apparently). Here's the drive info:

And here's my hardware overview:

There are lots of problems with the SSD drives and bootcamp. First I would check to see if you have done the EFI Boot ROM or SMC firmware updates: http://support.apple.com/kb/HT1237

There is also a possibility of a need for a firmware update on the drive itself especially if your have a X18M, X25-M and X25-E Solid State Drives. What is the specific SSD drive you're trying to use?

Just in case it's of interest to anyone: I have now replaced my iMac with a mid-2011 Mac mini, dual-core i7 2.7GHz, 8GB RAM and I've moved the same SSD into that. It works fine AND boots various Windows-y volumes, like a Windows installation drive etc. So I guess the issue was something in that particular Mac after all.