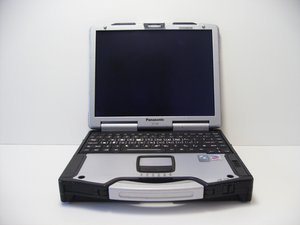 Panasonic released the CF-29 on January 1, 2004. It was designed to survive the harshest environments US Armed Forces, service personnel, and enthusiasts could throw at it. The Black Hawk CF-29 was released in 2009.

Why is my hdd not booting or showing up?

I have a used Panasonic CF-29. It came with a SATA upgrade and a 80GB hdd. A couple weeks later it stopped booting saying "Operating System Not Present" and the bios wouldn't show anything under Master IDE so I thought the HDD had died. I swapped in a small SSD (128GB) and installed Ubuntu from a live-usb. EXACTLY the same thing happened "Operating System Not Found"

I've traded the SATA adapter, ditto on both drives.

The weirdest part is that no hdd ever shows up in the bios but will be visible later as a partitioned disk when I view it with Parted in Ubuntu. I can format and install Ubuntu to the disk but upon rebooting the same error appears.

Any ideas what could possibly be going wrong?

Change the hard disk legacy mode in you BIOS and reboot the system. try to install OS with Bootable Disk

I'm not seeing a hdd legacy mode. Does this bios have a hidden advanced menu/mode like I've seen in other bios'?

Have you tried to update BIOS?