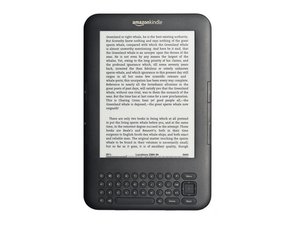 The Kindle 3 was the 3rd generation of Kindle produced by Amazon. It was sold as a WI-FI or 3G model with 4 GB of internal storage. 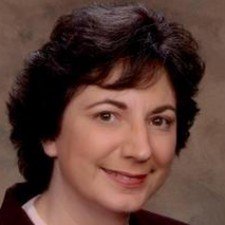 Screen not responsive, what do I do?

The screen is blank! Even with the power switch showing "green" for fully charged. What is the problem? I've tried the charge with the computer--no change and charge via electrical outlet--no change. Is this a hard reset issue? If so, how do I go about doing that without a screen? Is it worth trying to repair? or replace and donate Kindle to some repair tech training location?

My kindle does not respond to touch

I had the same problem. The hard reset didn't work. I got the same response from Amazon - but wanted to try to repair it. I replaced the mother board and it solved the problem. I purchased it through PowerBookMedic for $6.75 + shipping. Really easy. The hardest part is popping off the back of the kindle, but it's totally doable. They also have a video that shows you how to take it all apart.

Thanks Joanna! May try this...I bought a new one but could easily give to a young reader in the family if I get it going.

Hi and thanks. The only problem is that, for some unknown reason, PowerBookMedic will not ship to South Africa. Peter

After holding the power switch for 40 seconds don't panic if it doesn't immediately reboot. Mine just took about 30 seconds before showing any signs of life. It's okay now.

I just had this problem too with my Kindle 3 (keyboard).

I forgot to close the window yesterday, and it got cold and the air was slightly damp while charging, so I thought I had completely broken it. I don't think anyone here mentioned that kind of condition in which it happened, but I thought I would - maybe it is a factor of why it happens and nobody thought about it.

Anyway, I had a standby-screen and holding down the power didn't do anything, and neither did anything else I did. So eventually, about to give up I actually found a solution mentioned nowhere else.

I just typed "reset" into the keyboard and hit OK - and it started to reboot!

(not the new-line button, but the one in the middle of the arrow keys)

I admit I didn't think it would work, it was just frustration which made me do it, but it worked :)

PS: I posted this on this thread earlier today - I hadn't realized it was a Kindle-2 thread at the time, as there were some other kindle-3 posts on there

Thank you so much for the reset clue. It worked perfectly!

I had the same problem. The only suggestion I found was to hold the power switch in the on position for 40 seconds then release. It did not fix mine but it won't hurt to try. I did contact help from the Amazon site and they had no suggestions. They did offer me reduced prices on both new and refurbished models. Looks like I am due for a replacement! Can't complain after 4 years of heavy usage. Good luck!

I had a similar problem and this worked for me :)

I also had a similar problem. Holding the power switch for 40 sec. rebooted the the reader and fixed my problem.

Thank you. I held the power switch for 40 seconds and it seems to be working ok now.

Thank you! I was about to buy a new Kindle but this resolved the problem,