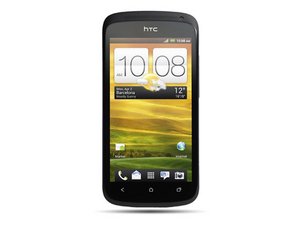 A high-end smartphone in the HTC One series featuring Beats audio, released in spring 2012.

my battery doesn't charge anymore after changing it. I've already replaced my ear-speaker so teardown wasn't new for me.

Since replacing the battery, batterymenu says it is at -20°C, battery is overheating, AC is pluged and it does not charge.

With pluged USB the orange LED blinks. While Power Off the LED blinks orange and green.

Using the "old" battery has the same issue now. Thats why I don't think that it is an hardware issue and not a problem of a bricked battery.

Factory reset do not solve the problem.

Has anyone an idea how to repair this problem?