Why do I have no backlight after replacing the LCD?

Hello and thank you for you help!

I'm working on a friends Mid 2011 EMC 2353-1 MacBook (for free) because it seemed to be a simple fix. It had a slight crack in the glass cover of the LCD from being closed with something laying on the keyboard. A few moths later she reported the display stopped turning on. The laptop seemed to turn on and make the starting chime but still no display.

So taking a quick look at it with a flash light I noticed the backlight was the only thing not working so it must have just needed the LCD and glass to be replaced. I've done it before and it was no problem (I love my Ifixit tool and repair kit). After replacing everything and doing the test start I still have no backlight...

After doing some more research it seems that some similar models have some type of problem with a circuit on the mobo that can be replaced but none of the diagrams or forums really depicted or directed to one for this model.

Could anyone point me in the right direction of what to do next? Thanks again! -John 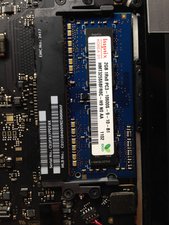 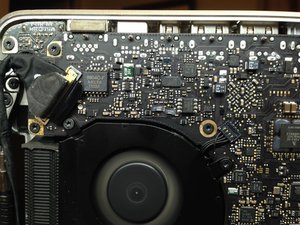 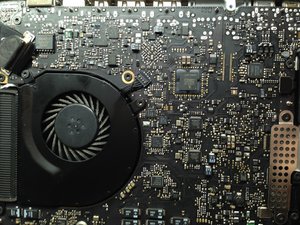 *Please note that these identifiers refer to more than one model. In this case, please also note that the EMC number is not externally listed on the notebook so it cannot be used readily for identification.

John Small, first you want to check your backlight fuse F9700 for continuity, then check the components around your LED driver U9701. Let us know what you find. Hope this helps, good luck. 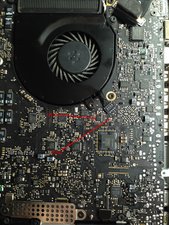 Hey, I'm having the same problem with a 2010 A1286 I own but the logic board looks nothing like that. I think I blew the backlight fuse by connecting a bad cable. How do I find out where the F9700 fuse is located on my particular board? Here is the pic.