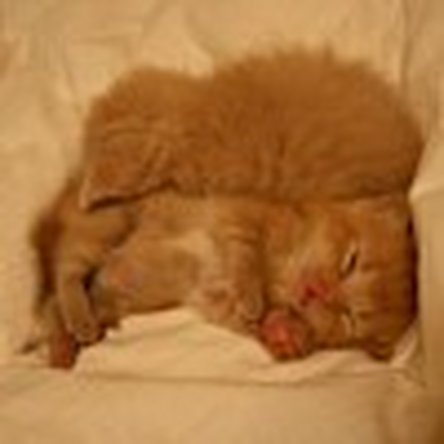 I've done some fixing on my iPhone 5, and followed the iFixit tutorial for that. I have reassembled my phone, after replacing the power and audio control flex cable, which means a lot of parts, including the logic board. Anyway, everything works fine now, but the device isn't closed tight enough, so the screen, on its upper part (near the power button), is protruding about 1.5mm up. I am aware that I should fit the screen in an order such that I first fit the upper part of it and only then the bottom, but once I fit the bottom, the upper part goes up a mm or so. 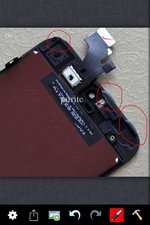 8ternity were would the double sided tape be on a iPhone 5 screen?

Think your thinking of a iPhone 4

There are plastic tabs at the top of the screen that have to go in first. They might be bent inward, you will have to straighten them. Be careful not to bend them too much they will break off.

Thanks so much. This was exactly what my problem was, and I straightened the tabs and the screen fit perfectly afterward.

Can you provide a picture of that so called tab that you are talking about because i also have the same problem please?

I reassembled my phone, but the device wasn't closed tight enough, so the screen, on either bottom side part (above the power button), was protruding about 1.5mm up.

I ended up just making sure that those slots on the back cover were installed correctly. And then I made sure the bulging side got in first. The rest I literally just pushed hard in and it worked! I also ensured that the top part went in first because it has all those grooves.

I just fixed my iPhone 5 and I am facing the same problem. The phone is about 1/2 mm open on the top after I closed the lower side of the phone fully. When the screen is on light inside the phone is visible from outside. The phone works well.

Not sure if I must press hard to close the upper portion of the phone but there is a risk of breaking the glass. Any suggestions

Check if the back camera is attached properly, and that is not making your screen protrude.

Guys, this is an old one that you bumped, but in my case it turned out that the two upper tabs of the screen were damaged, so the screen was protruding until my iPhone's screen got broken when I was on a ride ($@$*!& mount didn't do its job), and then I bought a new screen which was easy to attach to the rest of the phone.

Maaaan I came to say exactly that about the tabs!

Don't do this. Puncturing the battery can be very dangerous.

You are an idiot

Obviously it is generally bad practise to puncture a battery however, assuming it is not freshly charged and otherwise behaves normally and you puncture the part that is puffed *only* enough to let the built up gas out then it is not so bad. I just did this myself very carefully, puncturing at one end, pressing the gas out and then sealing with Kapton tape. I could not get the screen on otherwise, it was impossible. A new battery would be a better option of course.

A lot of double sided sticky tape try that for a change.

Sounds silly but actually I did just try this, put some thin double sided tape in the regions that were clearly not functioning for something else, uses a razor to carefully shape it, then removed the adhesive cover. Put it back in my enclosing-style case, going to let it set for a few weeks. I expect that once the adhesive sets in well it will be effective and even difficult to use, allowing me some freedom to use thiner cases when I need to.

I have also same issue after changing the iPhone 5s screen the top part not close enough.

I had the same problem but was finally able to close the phone, only when I did the screen went out completely though the phone still worked. Does anyone know how to avoid this on my next attempt? Thank you

Did you use an Double sided tape to reassembly the new screen? If yes, you need to remove any older glue from the factory double sided tape. It happen sometimes.

Well, you can glue it or let like this or change the screen.

There's no new screen, guys. I just fixed the power button by replacing the flex cable for it. The screen is the same, with those three tabs and everything else. I took a look at those three tabs and one of them seems different from the other two. It seems less "closed". I wonder if it's meant to be like that, or is it that some of those tabs need some twisting? The odd third one is circled in red here: http://i57.tinypic.com/23u9a92.jpg

I was able to place it tight after a few attempts, but it always goes back up. It seems that I've broken one or two of those plastic tabs. Oh well, my iPhone is broken is so many other ways already that I don't really care by now. It still gets the job done, though, so no worries. :)