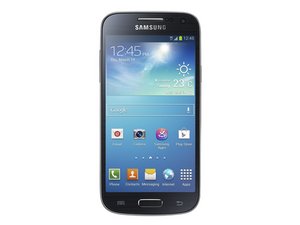 How can I change the display?

Hello! My cell phone fell to the ground. The display is broken. Can I change it? Thanks!

Here’s the guide on how to replace it:

Now before starting this repair make sure that your device is completely powered off.

To start, remove the back battery cover. Note, to remove the cover its easiest to remove it by lifting the tab near the power button. Once this is done, take out the battery and the sim card, and memory card (the cards are found directly beneath the battery).

(Figure 2.1 & 2.2) Now that the screws have been removed you can remove the back housing. Using either a Safe Open Pry Tool or your even your fingernail, wedge between the seam of the housing and the screen assembly and slide it along all the sides releasing the clips that hold the housing in place. (Including top and bottom)

(Figure 2.3) First, at the top left corner you will remove a small metal cover with some tweezers, which covers the camera and proximity sensor.

(Figure 2.4) Now there will be (6) pop connectors on the motherboard that need to be released and disconnected using the pry tool (all highlighted in green). Simply pop them up from under the connections and lift up to release them.

(Figure 3.3) Now that the motherboard has been removed, you’re able to access and remove the main camera which is held in place by its own jaw connector. Using the pry tool lift the black tab to the left of the camera, and lift and release the camera.

(Figure 4.1) Next component to remove is going to be the Vibrate Motor, this is located near the top left (highlighted in purple). This part will take a little extra prying because it is held down with relatively strong adhesive. It is important to use caution as the flex cable it’s connected to is very fragile.

(Figure 4.2) With the pry tool remove the Dock Port flex cable. This is done by releasing the microphone (highlighted in orange) and pry beneath the cable in order to remove it.

(Figure 4.3) Last but not least, you will remove the sim card and micro SD card flex cable. To release the cable, lift up on the tab, and then pull out the flex cable holding it.

(Figure 4.4) Now you can lift out the flex cable using your pry tool.

You have now completed the disassembly of your device.

of course you can replace it. You can buy the display here and do the replace by the repair guide of S4.

I think it works, you also can find the repair video on YOUtube. Good luck to you!