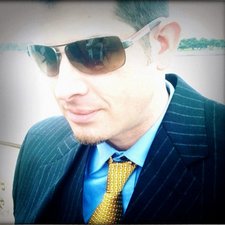 No such luck... got it home and it doesn't even light up the front switch (ie, no light, no sounds, nothing).

Problem Hierarchy (things to inspect in this order?)

Is this correct? It's been awhile since I've worked on this model. Thanks

PS - I referenced this post, but want more info. Thanks!

Open it up, and check the connections from the power supply to the motherboard. Then, remove the graphics card and clean the contacts, with a pencil eraser (On PowerPC Macs, or at least PowerMac G4s they won't turn on if the graphics card can't be found.) If that doesn't do it, try this, its the fix that seems to fix my PowerMac G4 MDD when it gets a little flaky. Make sure it's plugged in, then remove the graphics card. Put the plastic air shield back in, and press the power button. (It shouldn't turn on) Then while it's still plugged in, put the graphics card. If it has anything in common with my PowerMac G4, it should turn on if the second the graphics card is put in. If it doesn't, put the thing back together, then try ant turn it on. If you still have no success, try and reset the PMU. Hold the power button down for about 10 seconds. If you still have no luck, you may have a dead power supply, of logic board.

Hi Chris - thanks for responding.

1. You mention the "second graphics card." Am I correct in the assumption that you're tricking the mac into thinking a second card has been inserted even though you're using the first "designated

2. This model is the DC - and has no PMU. Got replaced with an SMU. Not a huge difference "on the surface" but it means a different reset.

3. Thanks for the inadvertent answer on the G4. I have an MDD I need to deal with that has this same symptom. Won't turn on. At this point, I'll try anything with it since I don't mind if it gets damaged with the "hot" trick.

PS - Ever get shocked doing that? lol. Careful...

I do have a MDD dual 1.44 with a fried AGP slot, it will work with the 16 MB cards but not the bigger cards. Thus you can fry just part of a slot. Try doing another question on the MDD problems and let's see if we can fix that too.

My MDD seems to work fine with My GeForce 4 Titanium Mac, but every so often (Mainly when i do a simple task (Change a hard drive, optical drive, RAM, ect my MDD is somewhat like a testbed) it refuses to turn back on, and i actually discovered my "Hot Fix" by accident, when i re-seated my graphics card, while i forgot to unplug it, and to my supprise, the fans spun up, the LED on the logic board lit up, and it chimed. Not the most practical fix, I know, but something worth trying, when all else fails.

Either way, it's been running strong for a few months, if it acts up again, I'll post a question.

I would not do as Chris says and put the graphics card hot. Do the PRAM battery first. Reseating the graphics card is a good idea but not hot. Your hierarchy chart appears correct. If the former user was getting a question mark, and he probably was, because he knew about it, that's because it could not find a system. Either corrupted system or, more likely a bad hard drive. After you get some power, boot up from the Optical drive with a system disk for this machine or a retail system 10.5 or less.

Thanks for the input. Aside from shock risks, why do you not favor the graphics card "hot" approach?

As for the ? mark -- yes, I assumed corrupt system/ bad hard drive. That's why I bought it. Easy fix, right? It would be if I could get power flowing through it properly.

Any idea what to clean RAM contacts on board with? Alcohol/q-tip? Thanks

I've used contact cleaner and pencil erasers for cleaning the contacts, seems to work very well. Unless something is built to be "hot swappable", I don't risk frying it. Thus the term hot swappable.

The RAM must be installed in pairs and in the correct slots, here's Apples instructions: http://support.apple.com/kb/HT2580?viewl...

I wouldn't reccomend it either, but for reasons that i cannot explain, when my powermac G4 dies, that's what gets it up and running again (Maybe it's time to give in and buy a G5, or MP)

Oh, BTW I didn't mean that the computer had a second graphics card, but that if it detects a problem with the graphics card, or an unsupported card, it will not show any signs of life when the power button is pressed. You are using a card designed for the G5, and not a PC, or G4 card, right?