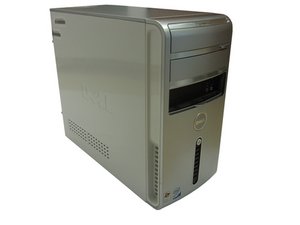 Released June 2006, the Dell Inspiron 530 is the first desktop in the Inspiron product line.

had trouble turning computer on

Wireless mouse and keyboard from Logiteck being used. In the morning found that neither would respond and computer would be in sleep mode. Changed batteries, re-synced, no success. Tried to shut down by holding power button to no avail, had to turn power strip off. Power restored, computer would reboot and all was well. Overnite, it would happen again. Second time around after repating above steps, this time computer would not boot up. After checking all connections and repeating to no avail. Tried switching red button in back of pc from 115 to 230 and back to original setting of 115 and pc booted up with no problem. What could have caused this to happen and what does that red switch do? What can / should I do next to diagnose and correct problem? Any suggestions?

deno, your power supply is dual voltage. the red switch will set it for 230V. this should really not do anything for as long as you supply 110V. If you are on 230V and turn it to 110V you will destroy at least your PSU. Since this worked, it sounds like you have a bad power supply. Did other thing you want to check is to make sure that your power saver options are turned off. You did not tell us what operating software you are using, so you will have to determine how to make changes to those settings according to your OS. Hope this helps, good luck.

Happy to hear that;-)