Hi i broke my wifi card connecter while trying to remove the wifi card can you please take a look at the pics and tell me if i can remove the rest of the bit somehow ? 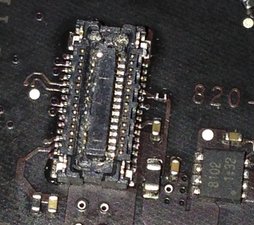 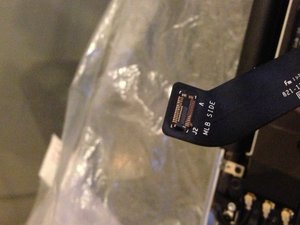 Dude the nylon spudger tip keeps breaking on me... i have used 3 spudgers and they all have failed as the area is so small the tip has to be perfectly sharp as any little correction to the tip then it don't fit in there.... Also i did mange to get it up from the right side but the problem is the left side is fully filled so the right side only lifts ever so slightly its really hard ? Thanks

Awesome Dude i used a compass as those nylon spudgers kept breaking job done i manage to remove the reminder of the connector :) Now my only problem is the wifi card i order was the right one but the connector cable that connects from wifi to the mother board is too long so my question is where can i get one from ? Also what is it called i know its a dumb question i have attached a pic with this post Thanks 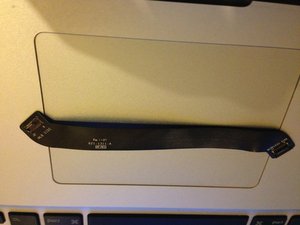 what is the name of this part in the logic board ( WiFi ) if i would like to buy online.

any idea. I lost mine . it was broken too

@Kamran Chowdhury hey dude what year is your MacBook Pro ? And whats the model number ? that part is simple to track down mine was A1286 Wi Fi Card... it will come on a card remove the screws and install on the old one you took out, well that's how my process was :)

no i am talking about the 1st picture. WIFi component in the Logic board beside the DVD drive came off. i lost that part. You can't screw it. it need to be soldered. mine is Mid 2012 macbook pro 15

@Kamran Chowdhury Dude that's going to be super hard to get.. i doubt it very much you can purchase it on it's own, unless you find a Mac specialist other then Apple.. you could try ebay get the whole logic board or try alibaba tons of Chinese suppliers on there they might be able to help Good Luck Dude!

The Guy With the Hat

If you have a small non-conductive tool (e.g. nylon spudger) you should be able to get under the bit that's broken off and gently pry it up. I've ha success with this in the past. Make sure your battery and power are disconnected and use minimal pressure top avoid damaging the Logic Board. Hope this is helpful.

Thanks dude i will try that :)